On the eve of India's 68th Independence Day, our dinner table witnessed a small tricolor celebration. At a home away from home, the feeling of watching the Indian Prime minister address the nation from the Capital is really great. And when this speech is accompanied with a dish that is tricolored like our national flag and one of the house favorites, the experience is beyond words.

Dhokla has always been a favorite dish in the family. Now making it colorful was not only fun, but also tasty and healthy. Adding vegetable puree to give the white dhokla color and flavor evolved a new dish which is soon going to be added to the favorite items at home! 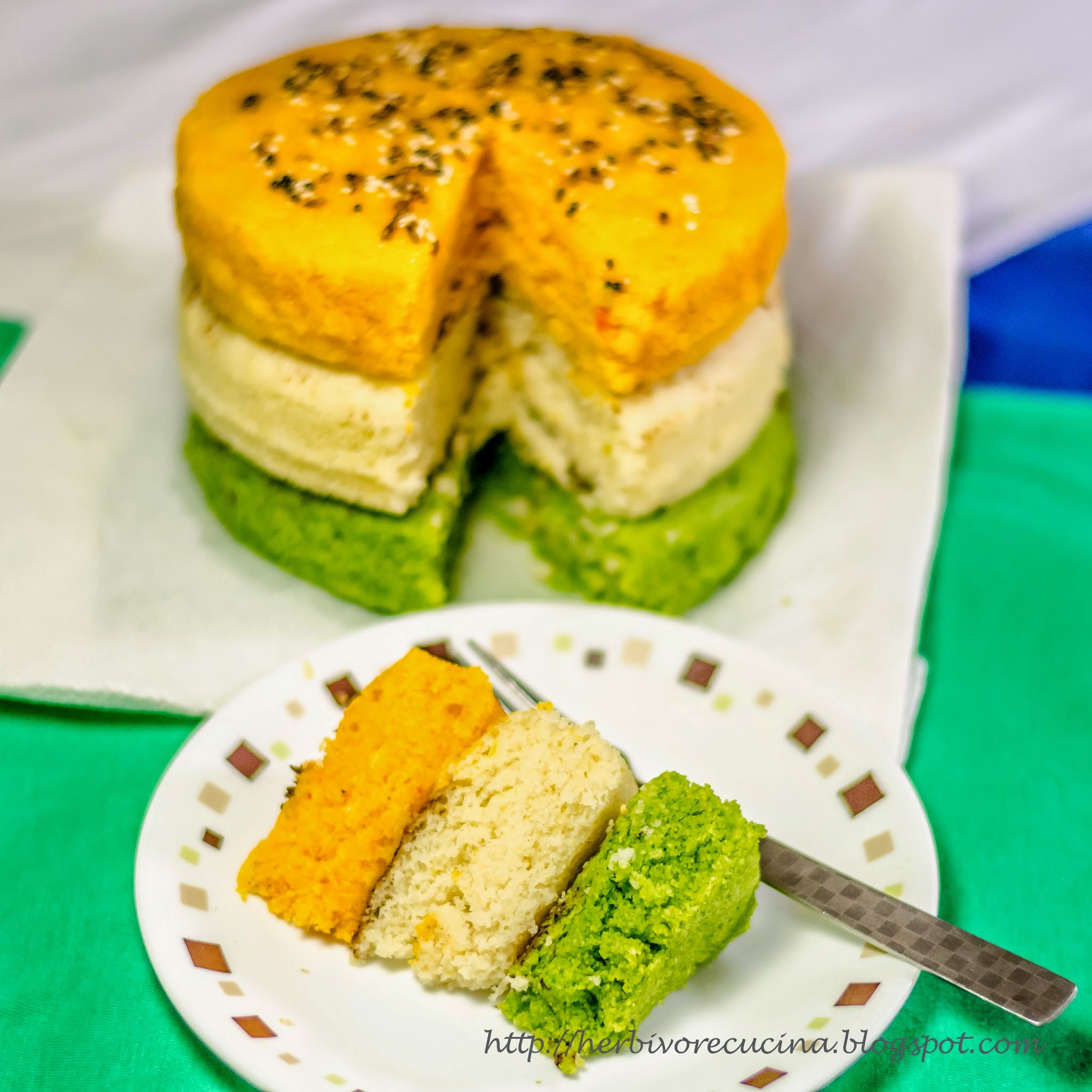 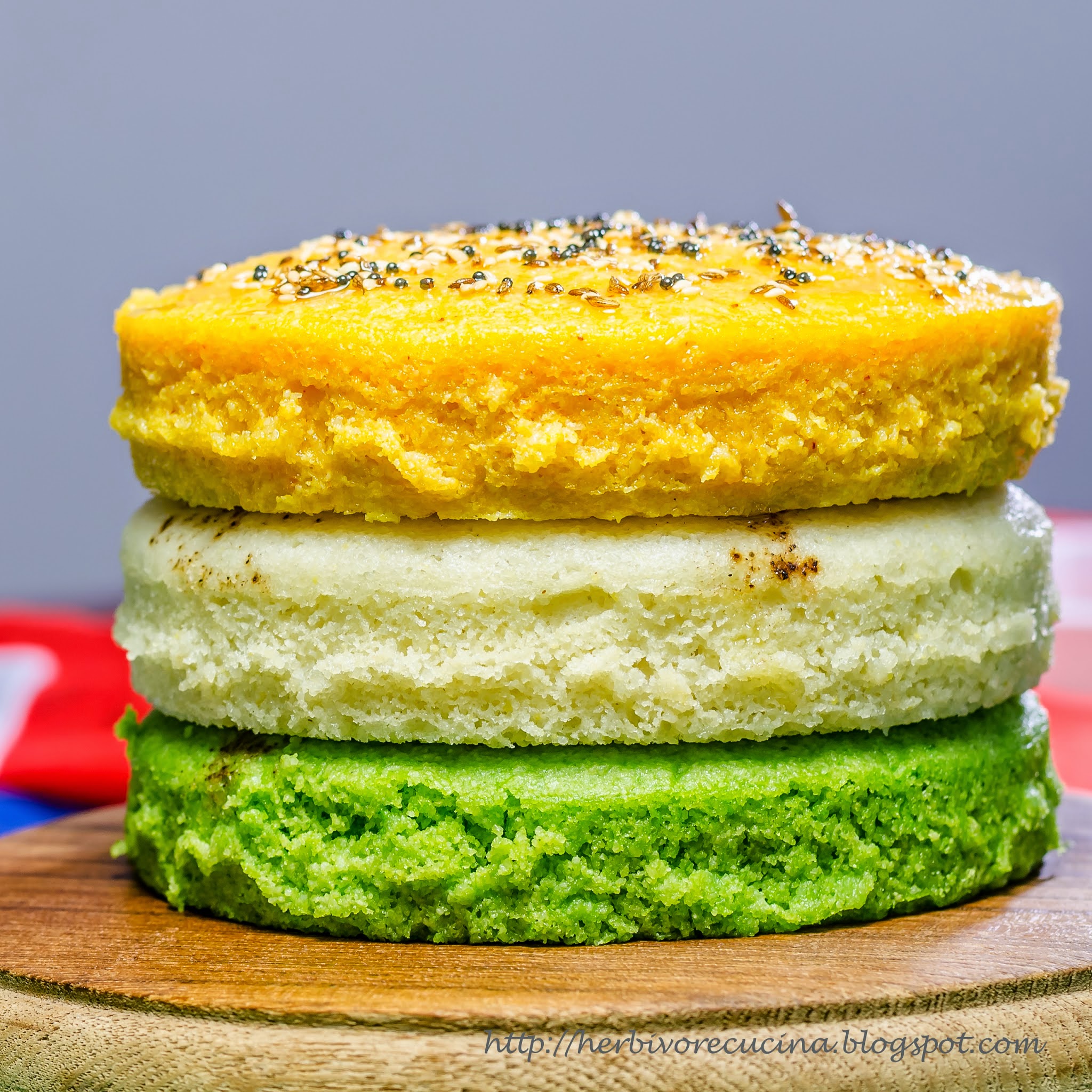 Divide the fermented mixture into three equal parts. Making equal parts ensures that the layers are exactly equal, to give it a perfect visual appearance.

Add the following in the three mixtures:

Heat water in a pan. Apply oil to a pan that is fairly deep(like the container used in the pressure cooker). Add ½ tsp. ENO or fruit salt to the green mixture, mix well and pour into the vessel. Steam on medium flame for 12-15 minutes. Cool the Dhokla and remove in a plate.

Prepare the tempering by heating oil in a pan, add mustard seeds and let them pop. Next add cumin followed by sesame seeds. Mix the oil well and pour ⅓rd of the mixture on top of the green dhokla. Next repeat for the white layer. Lay the prepared white layer on the green layer and add ½ of the remaining tempering. Now make the orange dhokla. Put the orange dhokla on top of the other two. Add the rest of the tempering and serve with spicy green chutney. 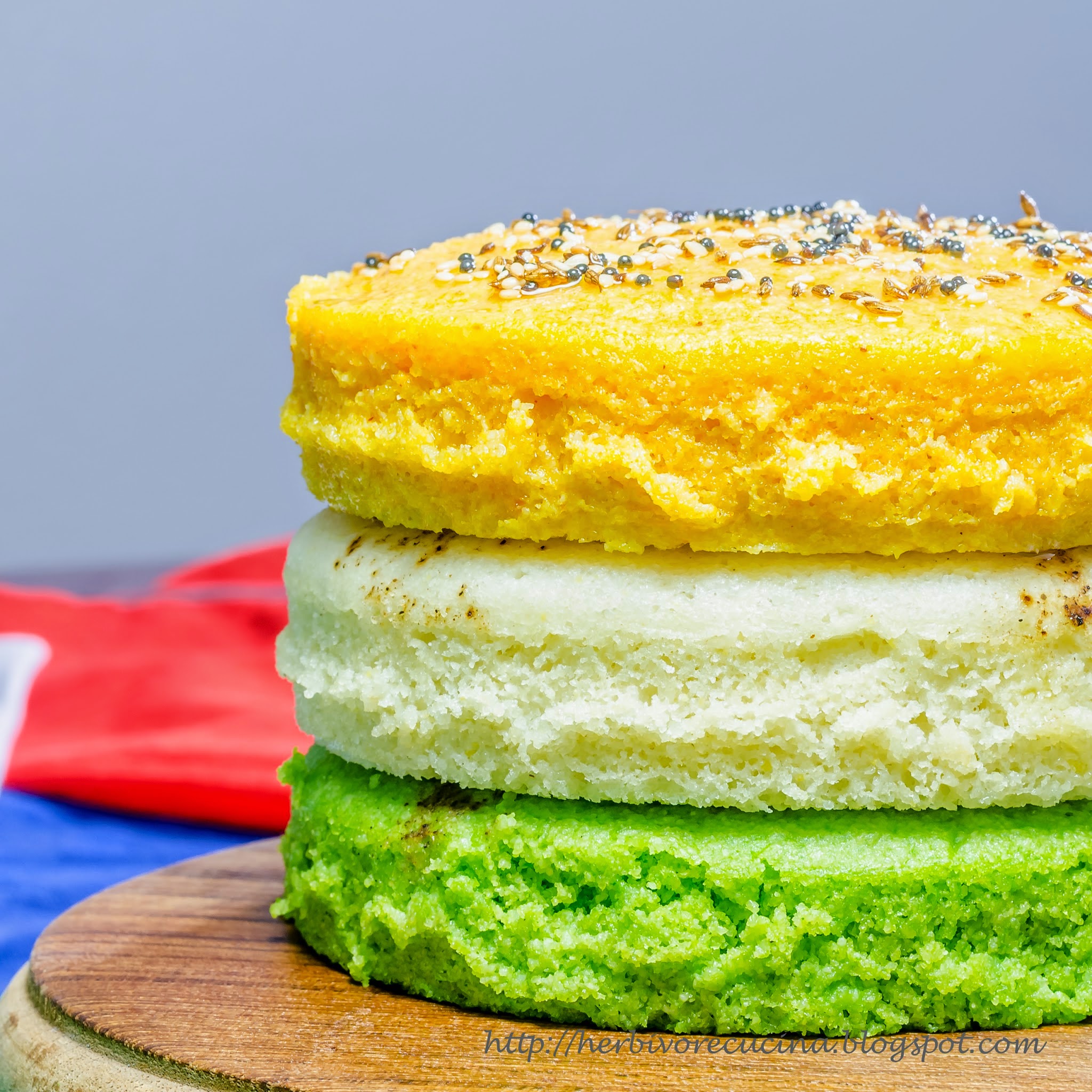 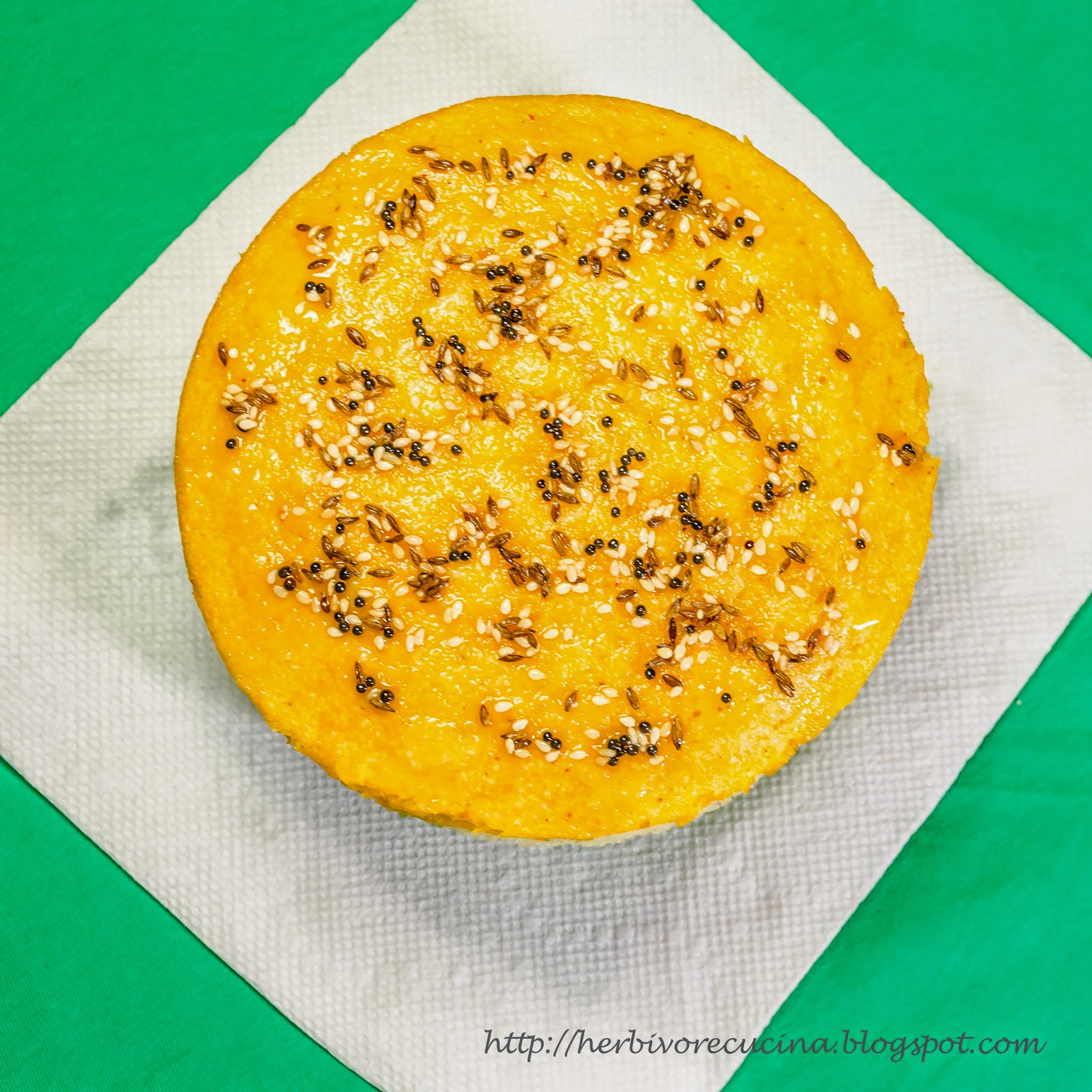 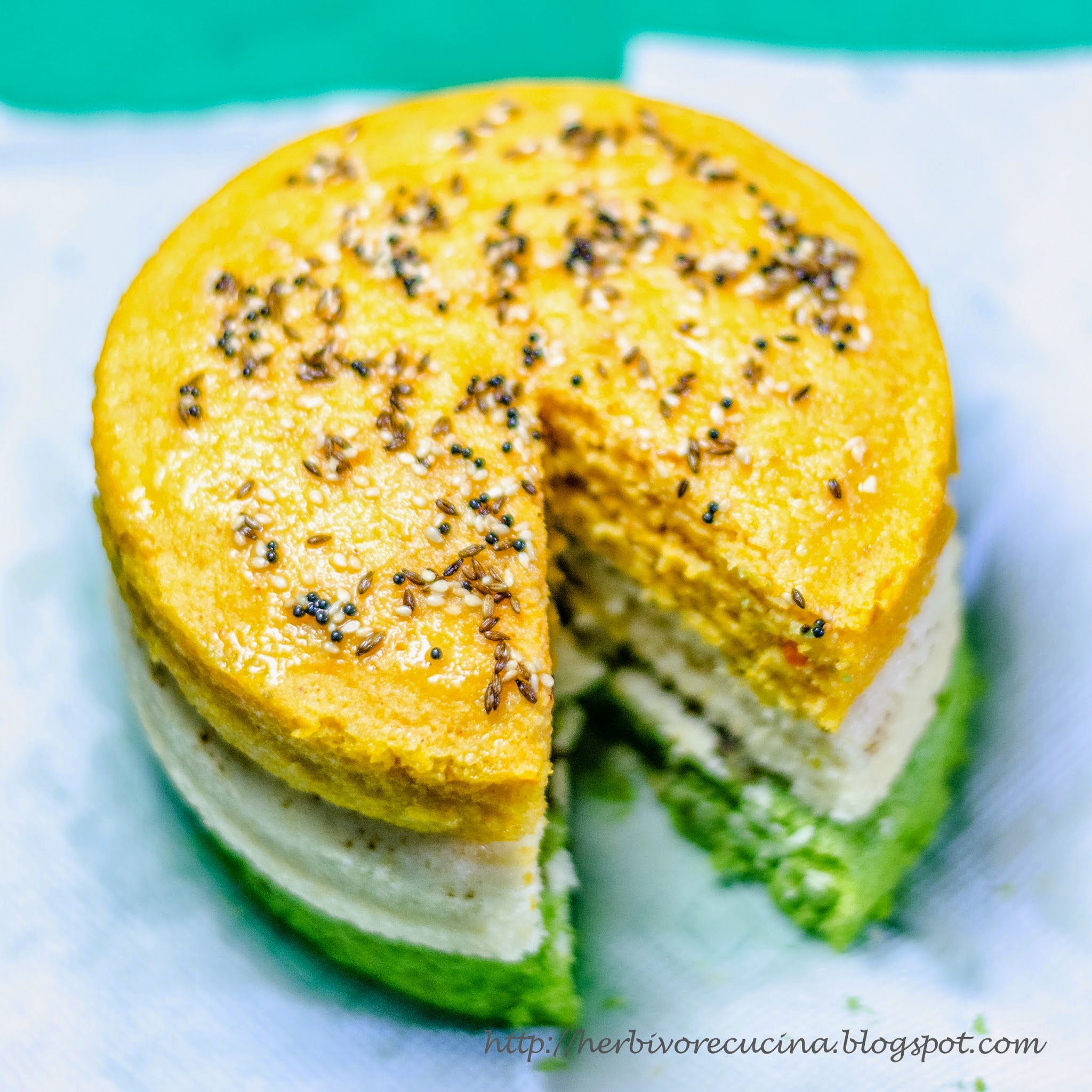 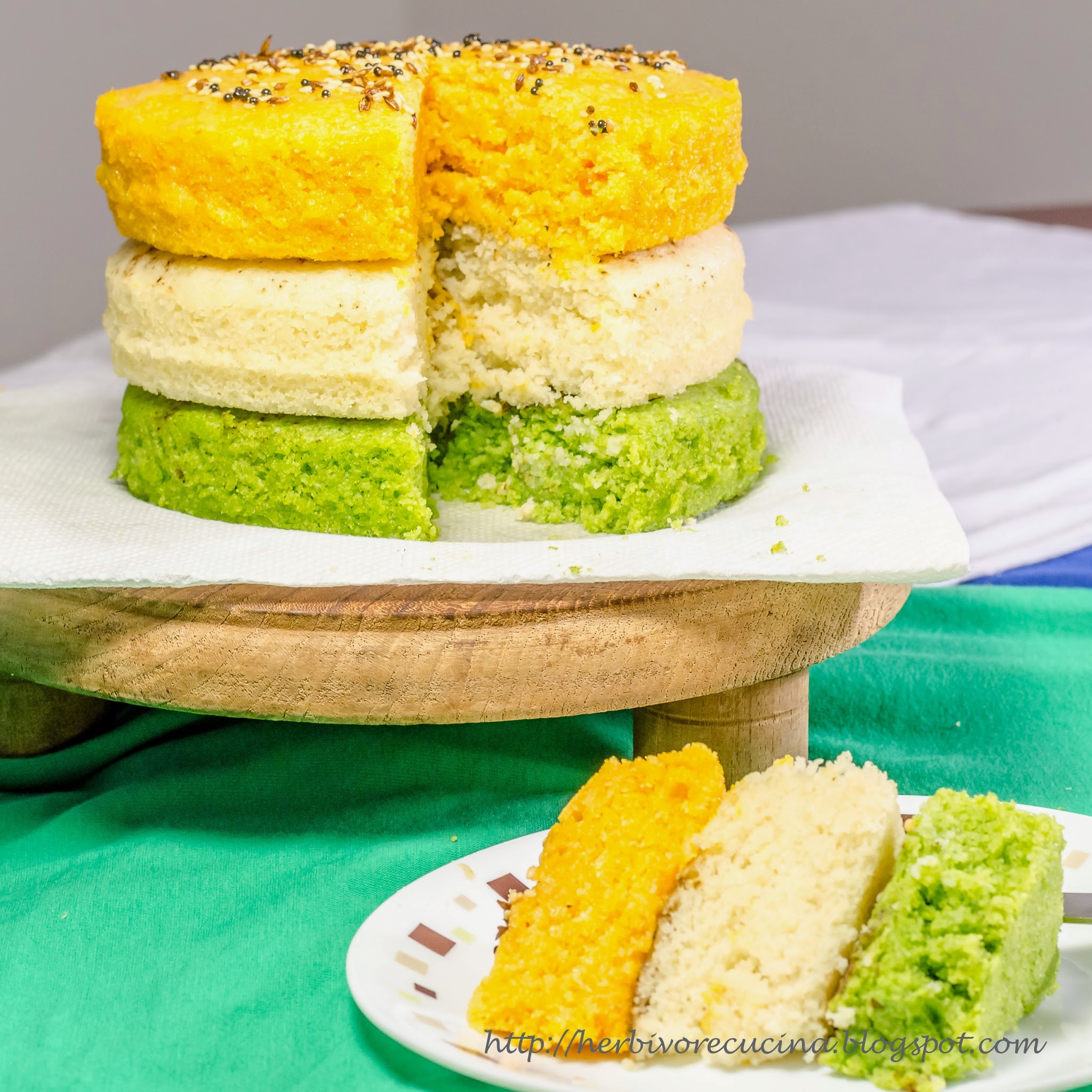