Muthia is an Indian food. The name is derived from the way it is made, from the gripping action of the hand called muthi in gujarati. It resembles sausage, but is a vegan dish. It is made up of Wheat Flour, Chickpea flour, Methi (Fenugreek), Salt, Turmeric, Chili powder, and an optional bonding agent/sweetener such as sugar and oil. It is a very good staple of Gujaratis. This item is known as 'Vaataa' in Charotar area located in Central Gujarat. Other varieties are made by using coarse flour of wheat and leafy vegetables such as amaranth, spinach, Luni or grated bottle gourd or peel of bitter gourd (karela). After steaming, they are tempered with sesame seeds and mustard seeds. 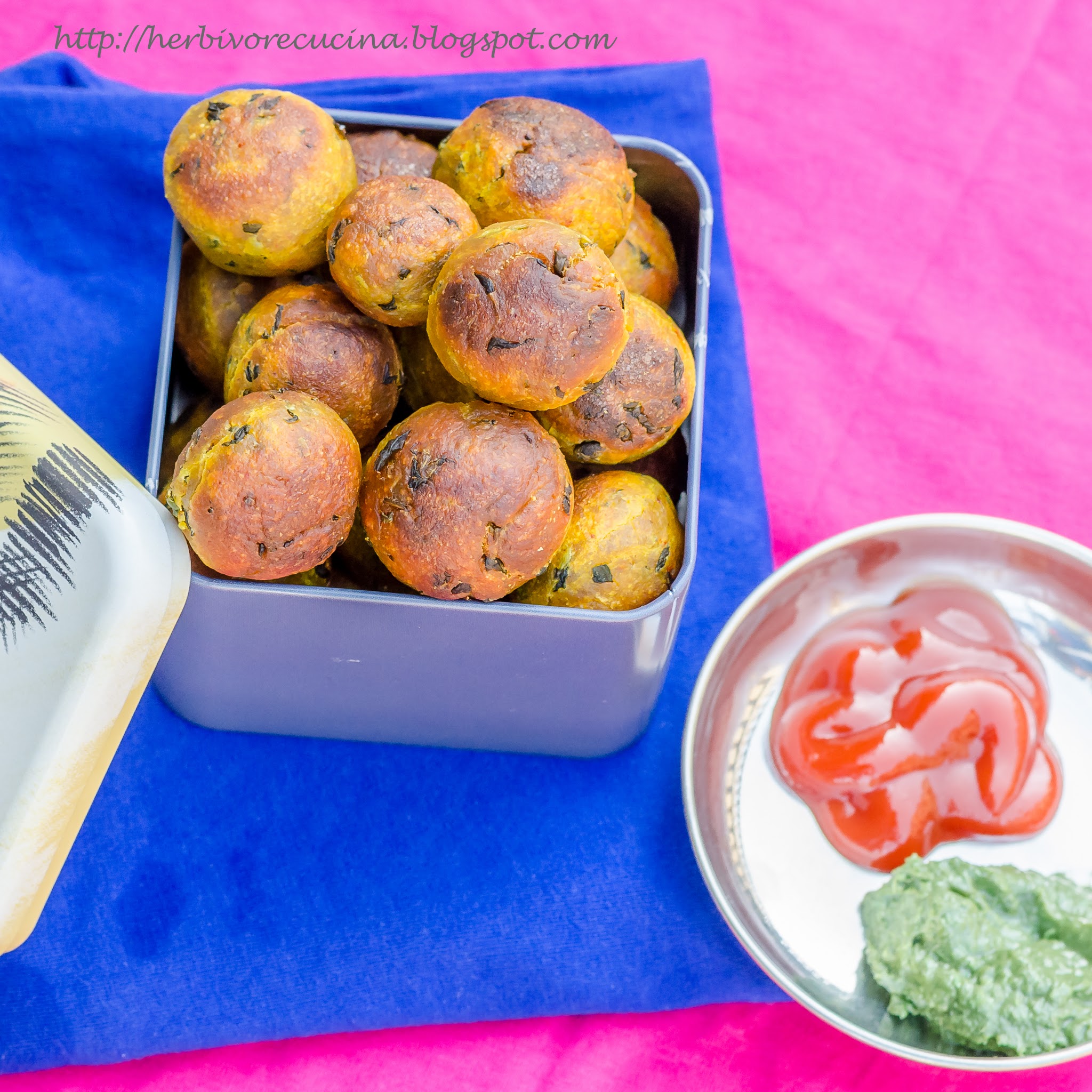 Methi Muthiya is made in different ways in different households and for different purposes. Some people like it steamed and drizzled with oil, some fry it and some people steam them and then saute the cut pieces in oil and spices. The fried version is either enjoyed as a snack or as a part of the vegetable like Undhiyu, Vatana Muthiya or Potato Muthiya. The sauteed one can easily substitute the fried version in most recipes.

Back in India, my grandmother used to make the steamed rolls for breakfast. Fat rolls of flour and loads of fenugreek leaves, drizzled generously with oil used to be served with hot Masala Chai. It was really a complete and fulfilling breakfast. During winter when it was Undhiya season, fried methi muthiya made their appearance. Apart from being a part of the vegetable, box full of these fried wonders used to be made to enjoy as an evening snack. 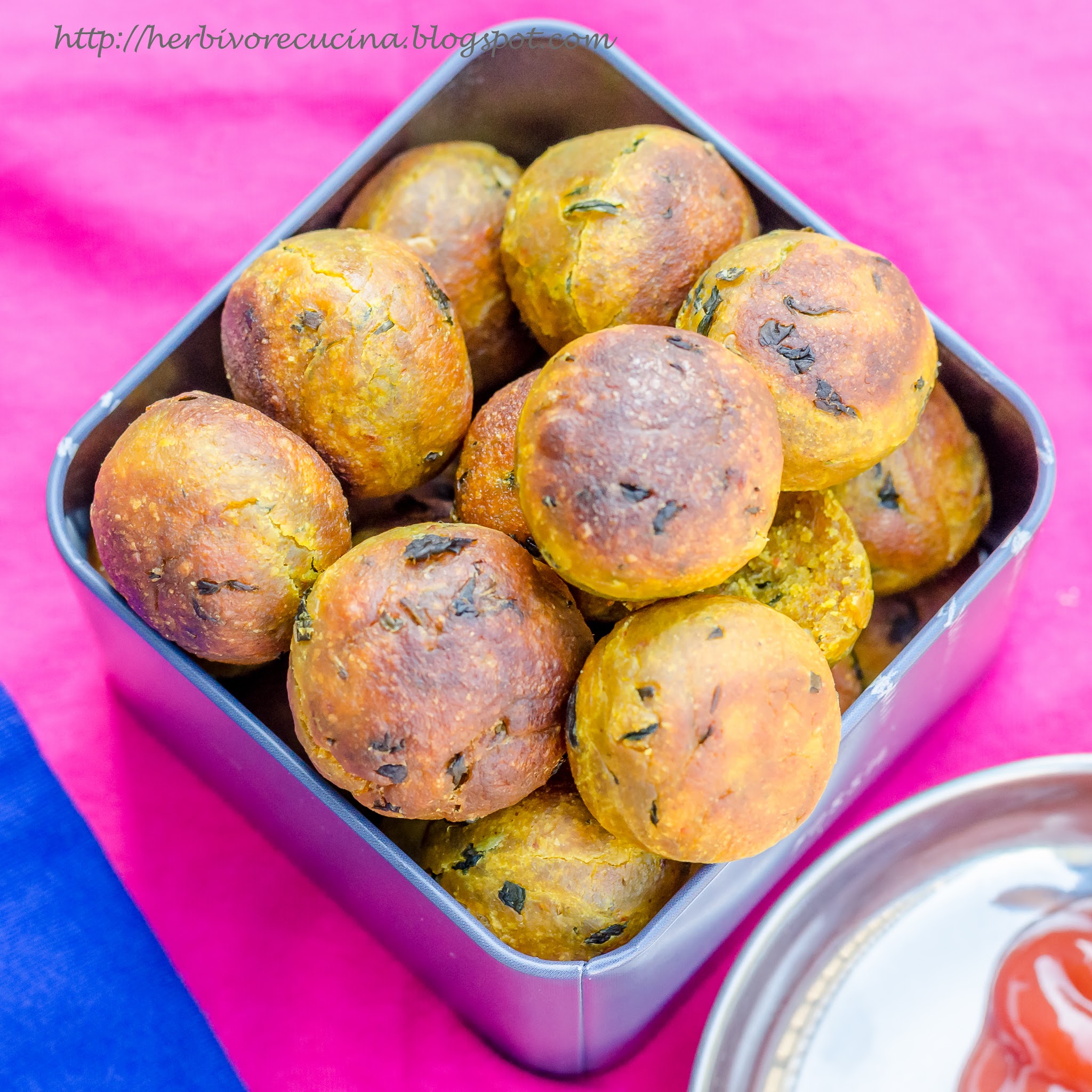 Now, many recipes that are traditionally fried like sabudana vada or steamed like idli have been made in the all so famous paniyaram stand. The pan is such a wonderful one, making most dishes with minimum oil and yet so tasty and nice. This is a variation to the same recipe of traditional muthiya, just made a different way, using Paniyaram stand. Using less oil than frying, this method yields really crisp muthiyas. I have so fallen in love with this wonder pan! 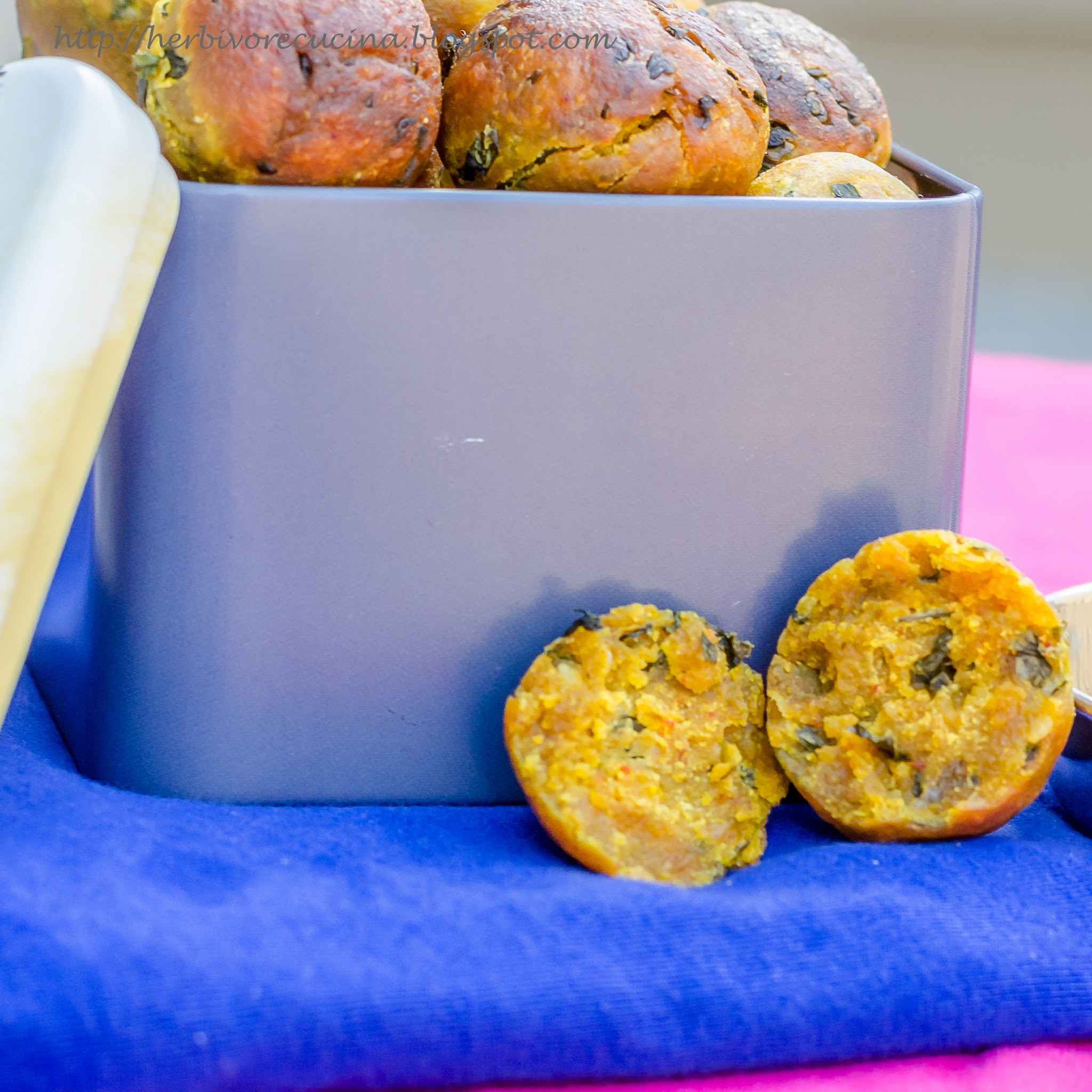 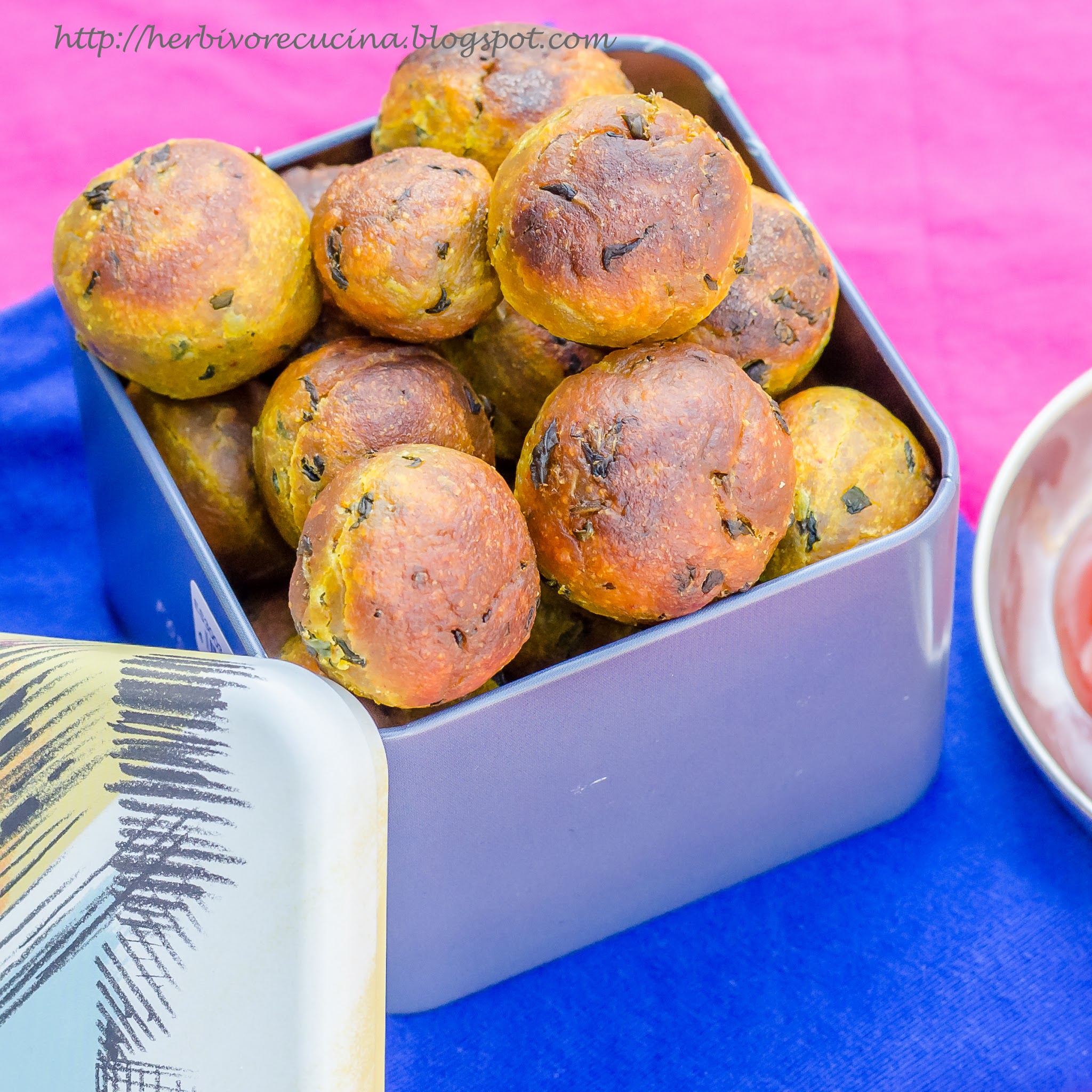 Mix wheat flour with semolina and gram flour. Add 1 teaspoon salt, 1 teaspoon sugar, a pinch of asafoetida, turmeric powder and red chili powder. Also add sesame seeds, cumin seeds and carom seeds(ajwain). Mix it all well and then add chili garlic ginger paste and 2 tablespoon oil. Mix the oil into the flour till you get a crumbly texture. Next, add the chopped methi (fenugreek leaves) and mix everything well.

Add ½ cup water slowly, and knead into a firm dough. Add only enough water to get the dough together. If the dough becomes too soft, add some dry flour. Once the hard dough is ready, let it rest for 10-15 minutes. Now, from the rested dough make either round or log shaped muthiya. 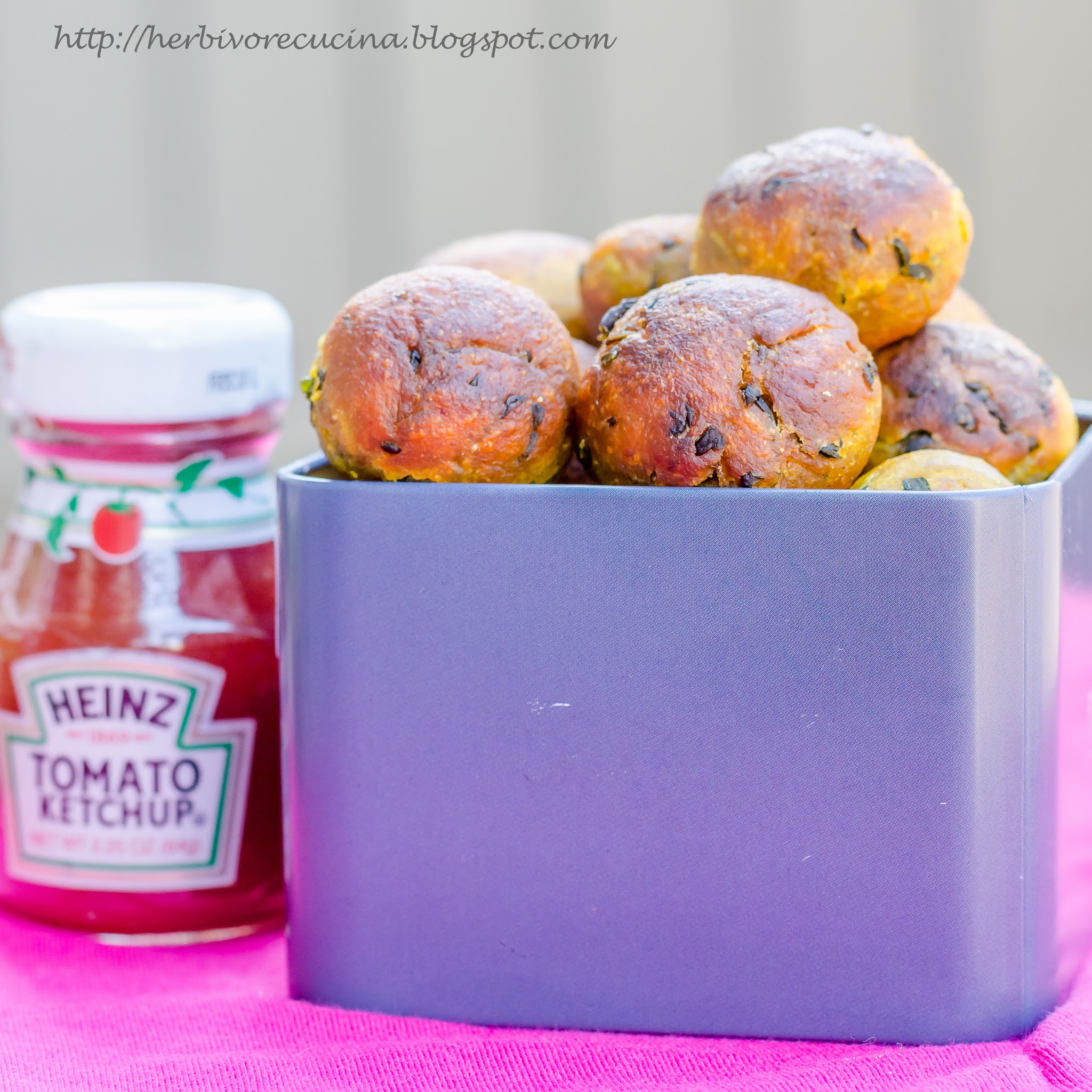 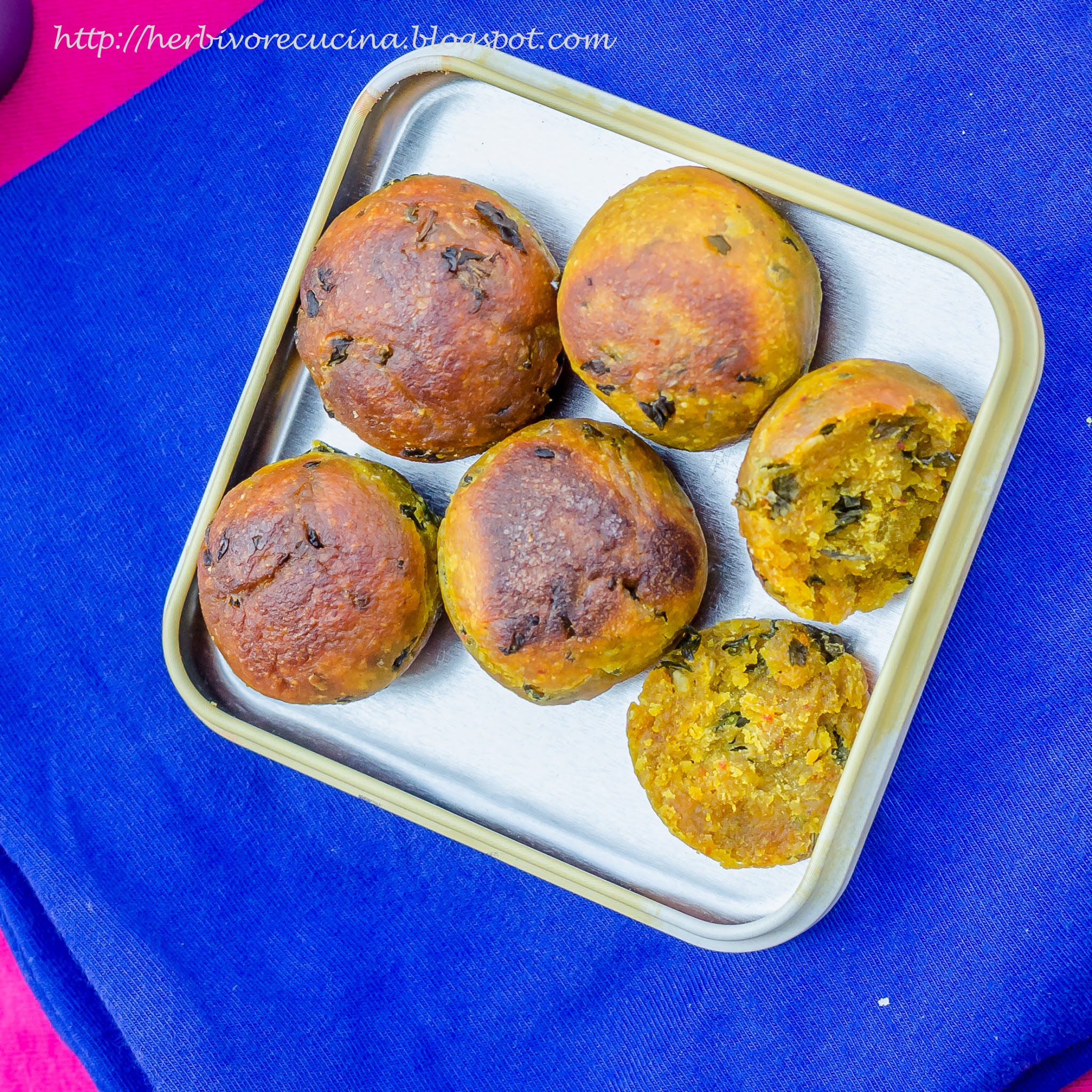 Heat the aebleskiver (appam) pan. Add ¼ teaspoon oil in all the cavities and drop one muthiya in each cavity. Let the flame be on high for a few seconds and then reduce it to medium. Let the muthiyas cook on one side. Once brown, turn them around and cook on all sides. Remove and serve hot with ketchup, green cilantro chutney or a cup of masala chai. Or use it to make this tasty Undhiyu. 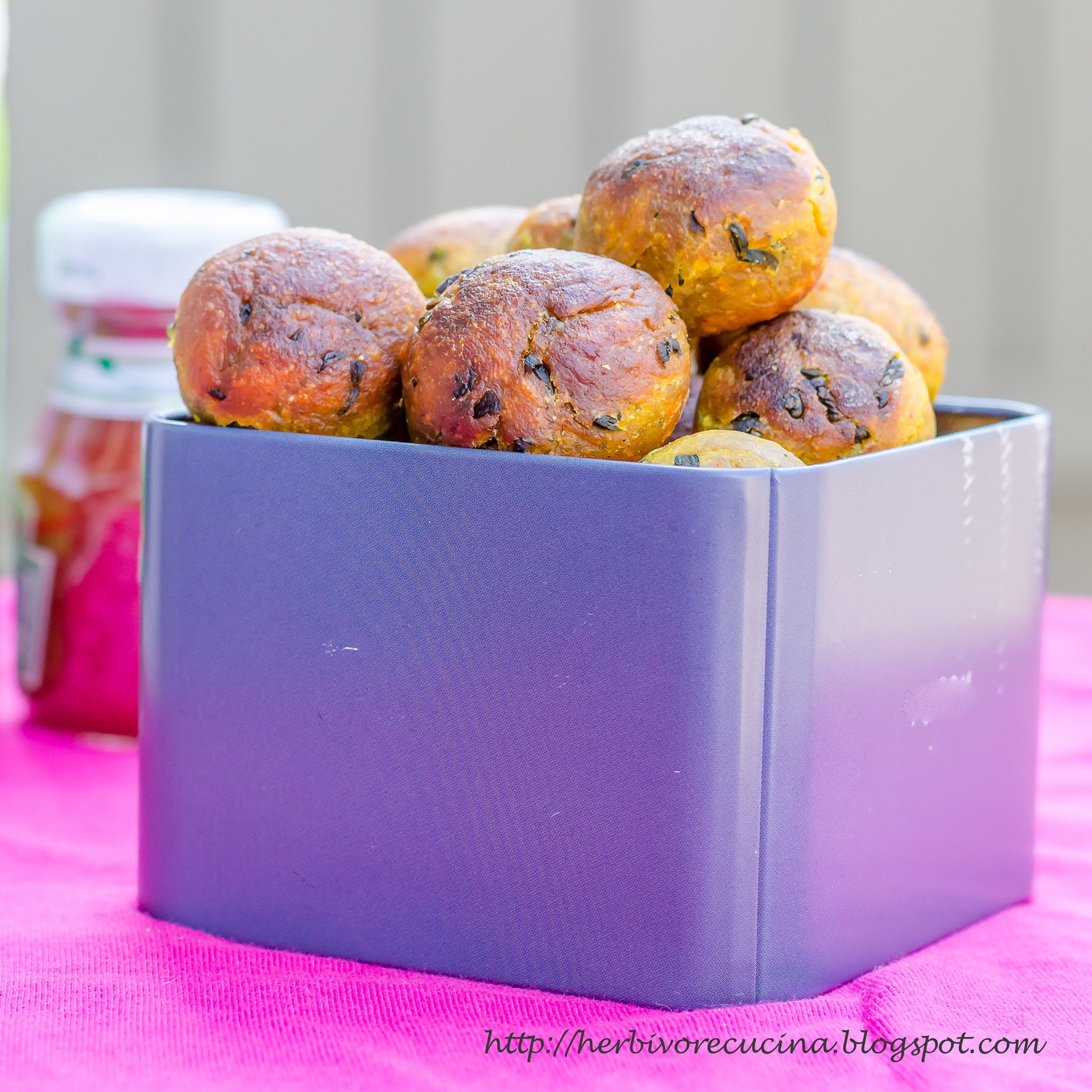 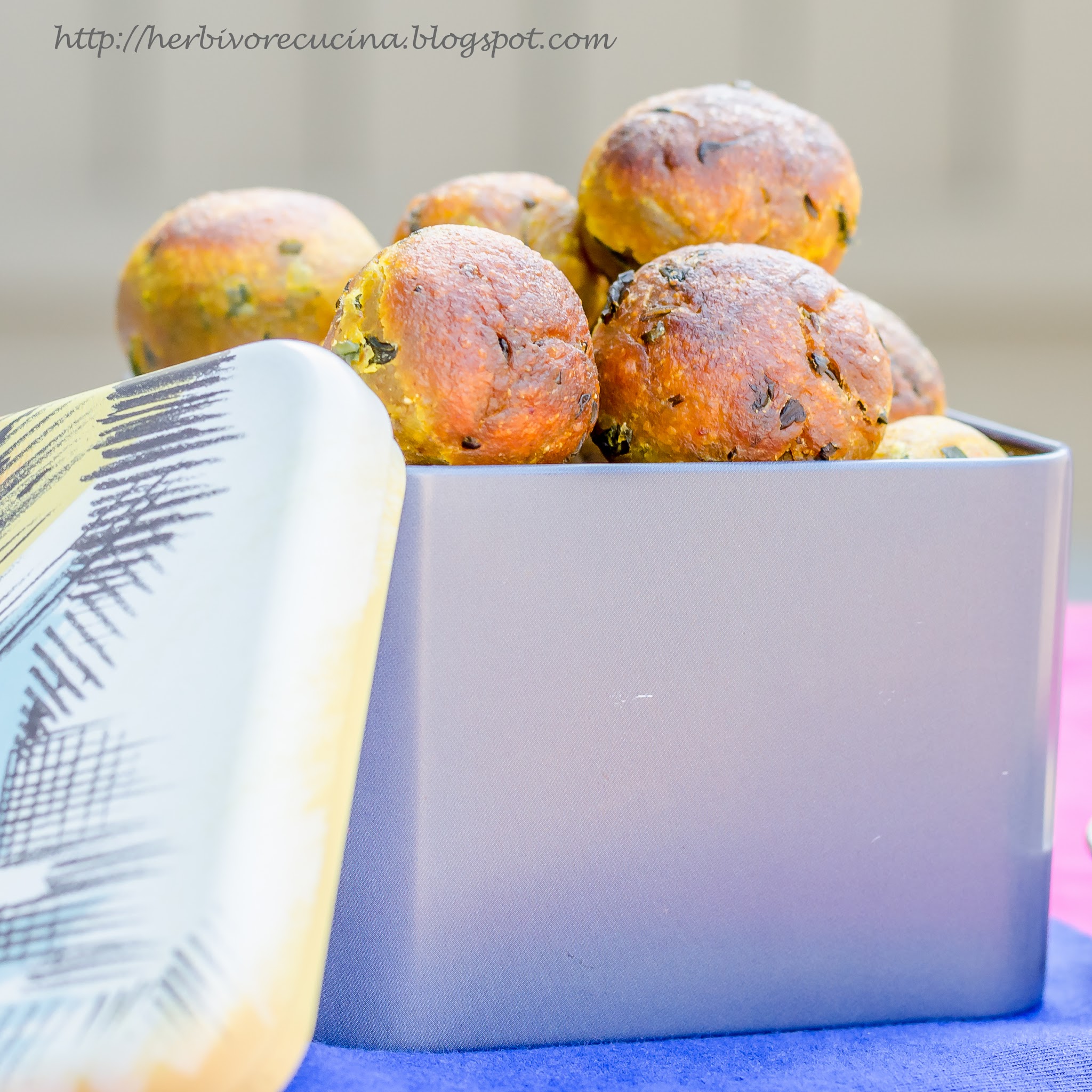 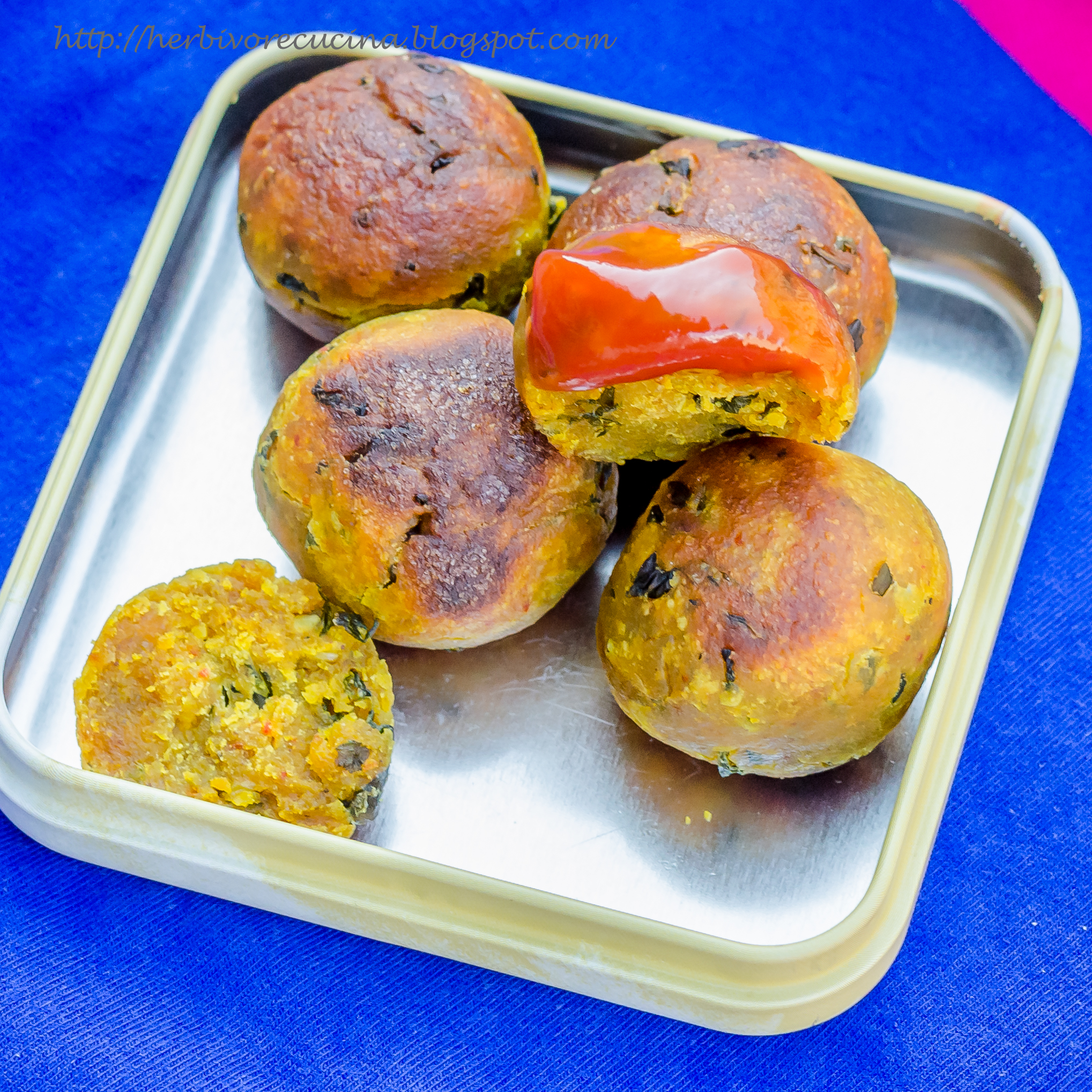 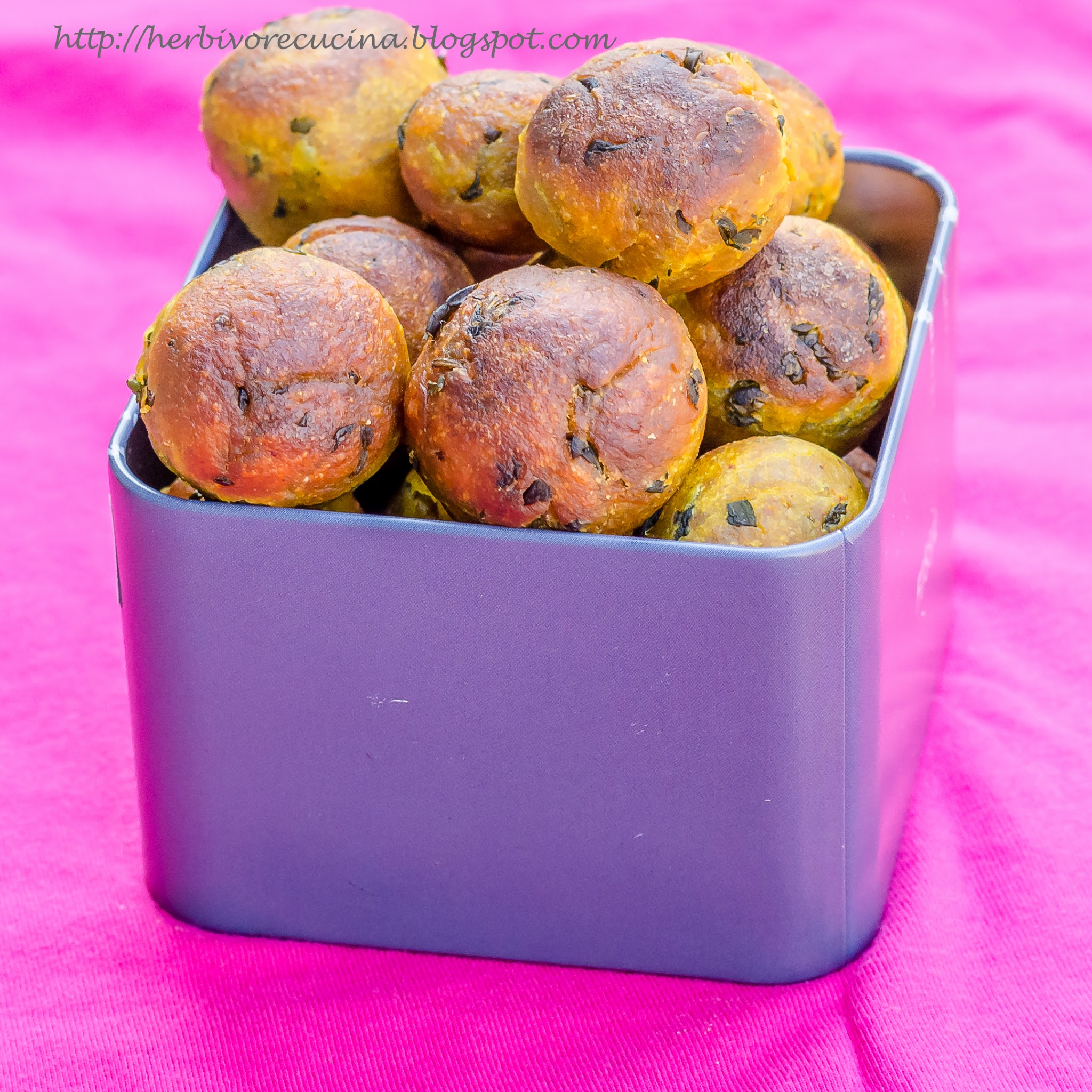 For other Muthiya recipes, go to Kale Muthiya or Lauki Muthiya. 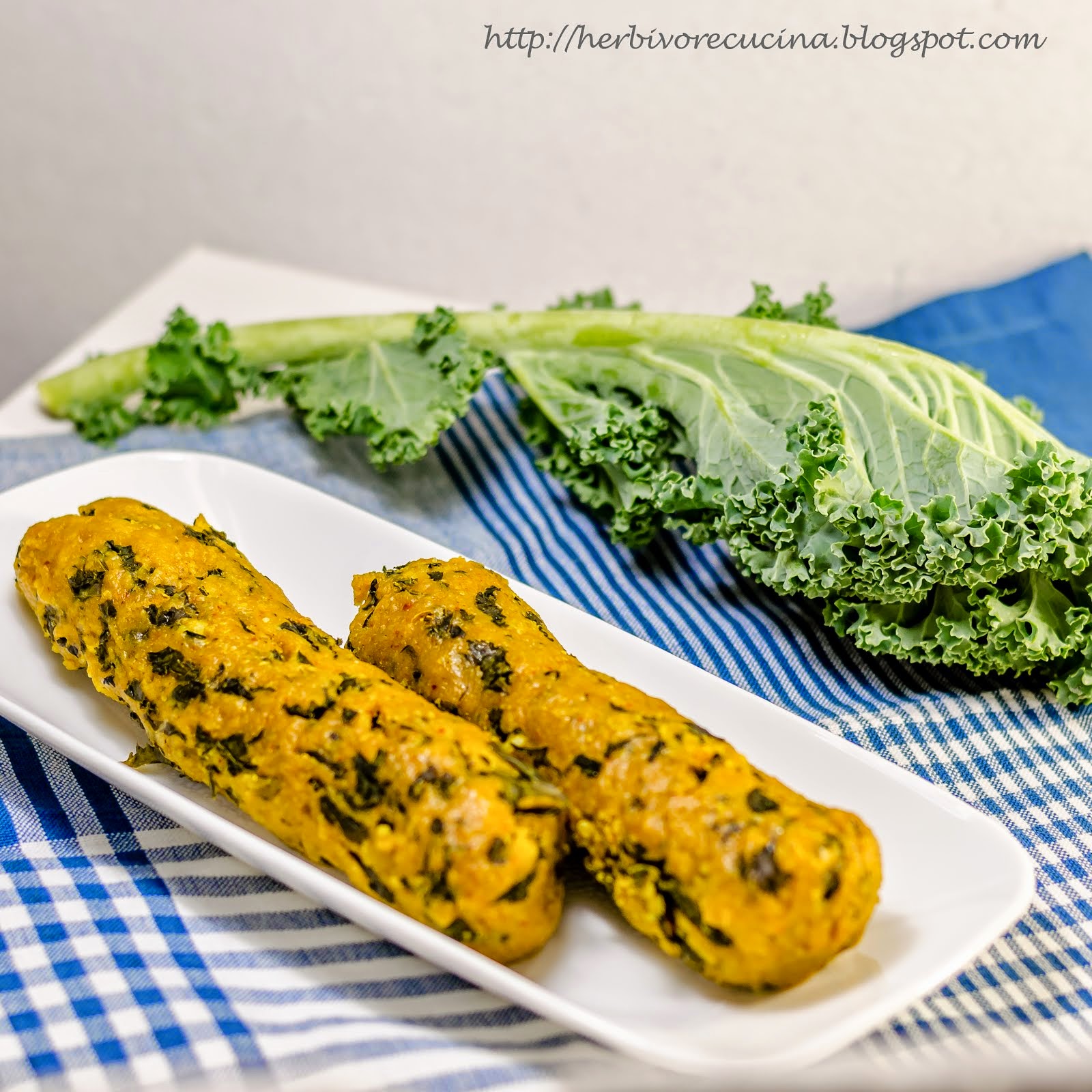 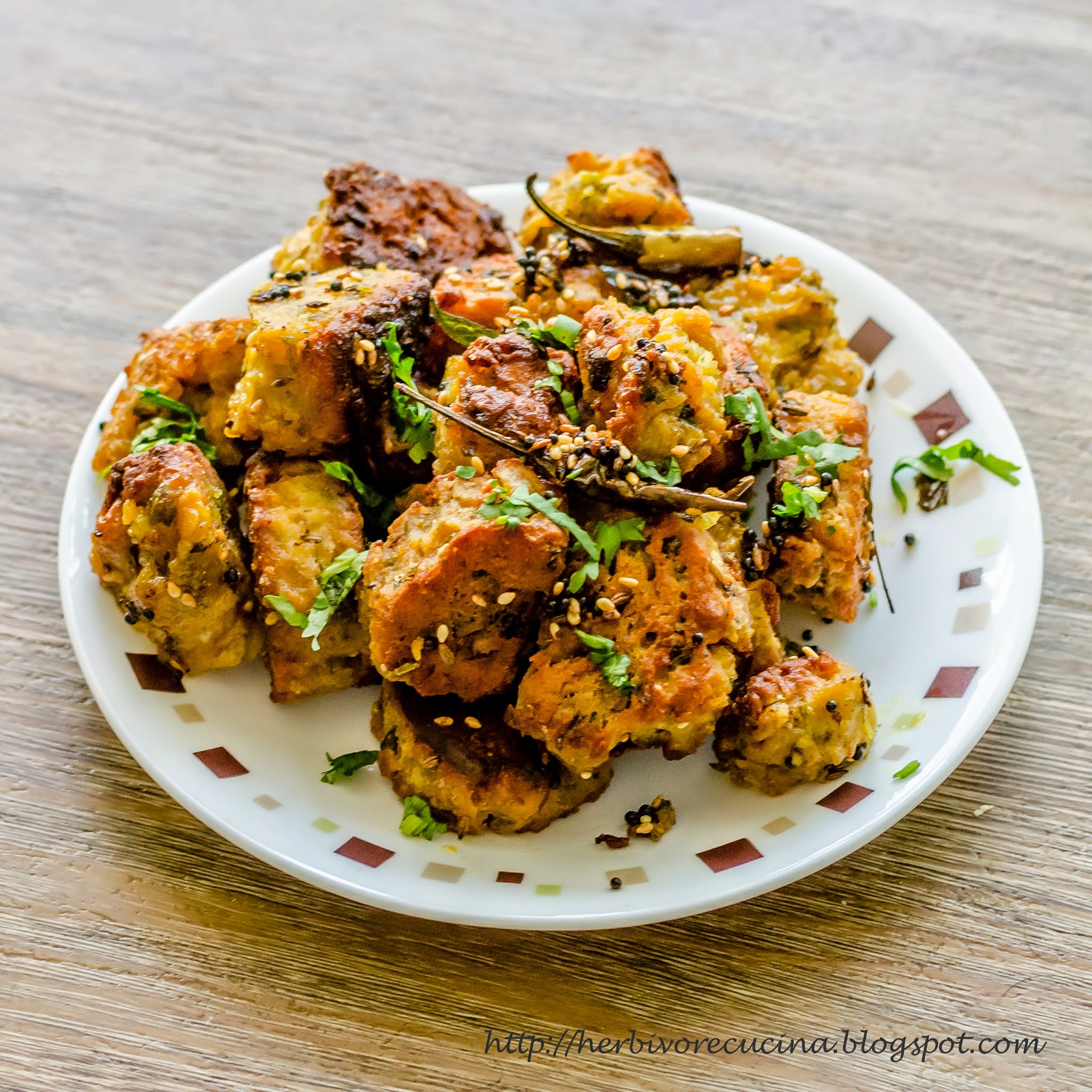