A Yule log (or bûche de Noël) is a traditional dessert served near Christmas, especially in France, Quebec and several former French colonies. Made of sponge cake to resemble a miniature actual Yule log, it is a form of sweet roulade. The original Yule log recipe emerged during the 19th century.

It is traditionally made from a genoise, generally baked in a large, shallow Swiss roll pan, iced, rolled to form a cylinder, and iced again on the outside. The most common combination is basic yellow sponge cake and chocolate buttercream, though many variations which include chocolate cake, ganache, and icings flavored with espresso or liqueurs exist. 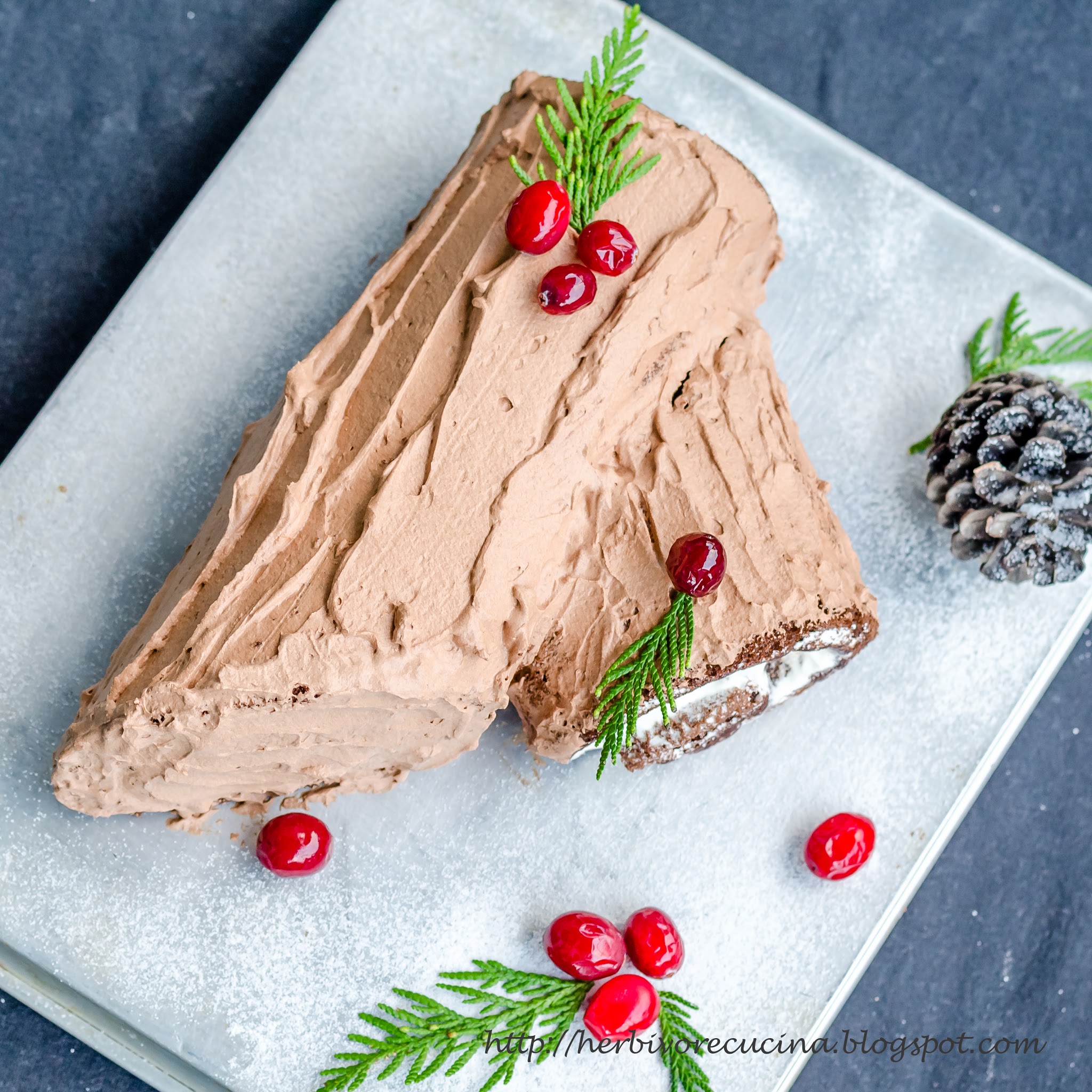 Yule logs are often served with one end cut off and set atop the cake, or protruding from its side to resemble a chopped off branch. A bark-like texture is often produced by dragging a fork through the icing, and powdered sugar sprinkled to resemble snow. Other cake decorations may include actual tree branches, fresh berries, and mushrooms made of meringue. The name bûche de Noël originally referred to the Yule log itself, and was transferred to the desert only after the custom had fallen out of use, presumably during the first half of the 20th century. By 1945 it referred to the cake. 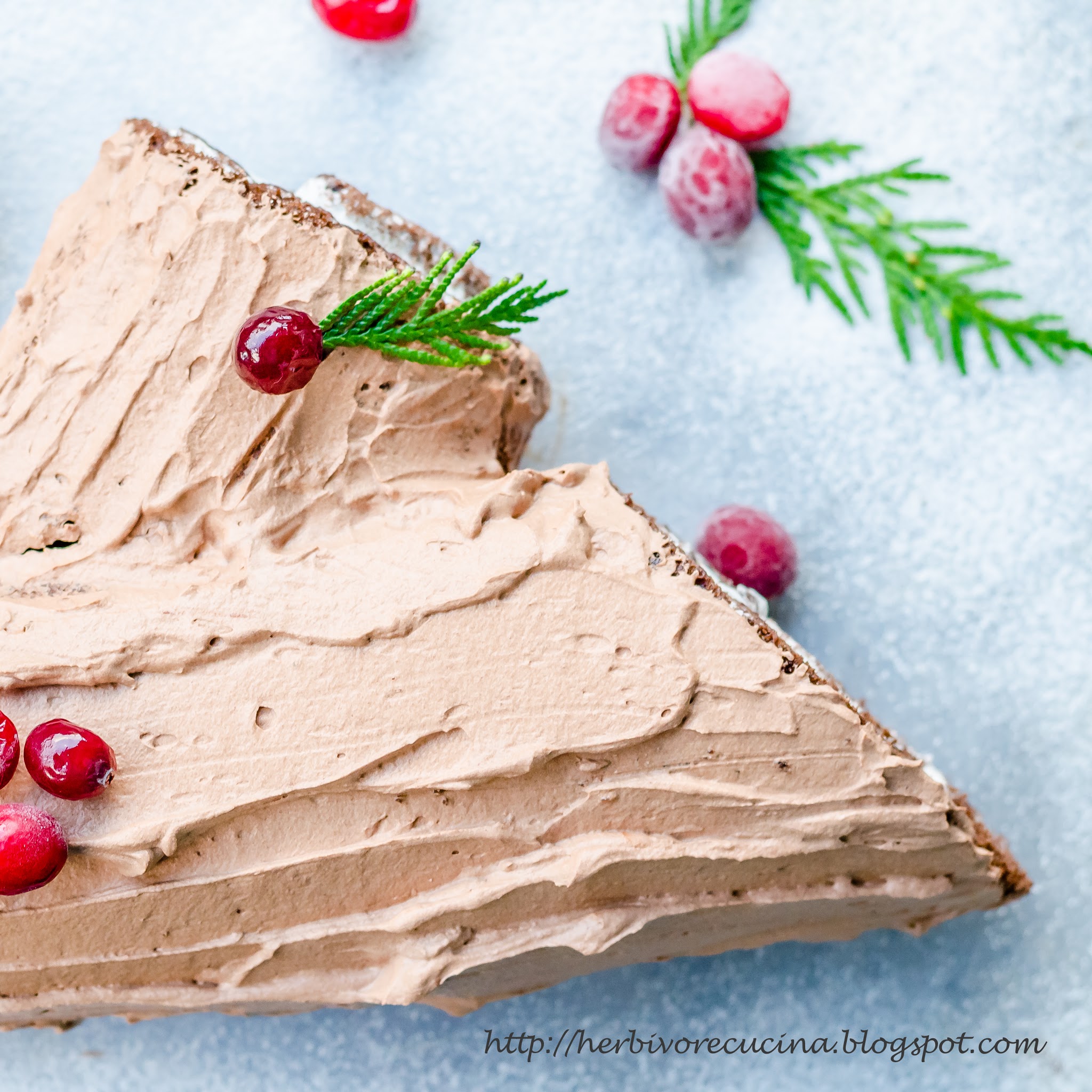 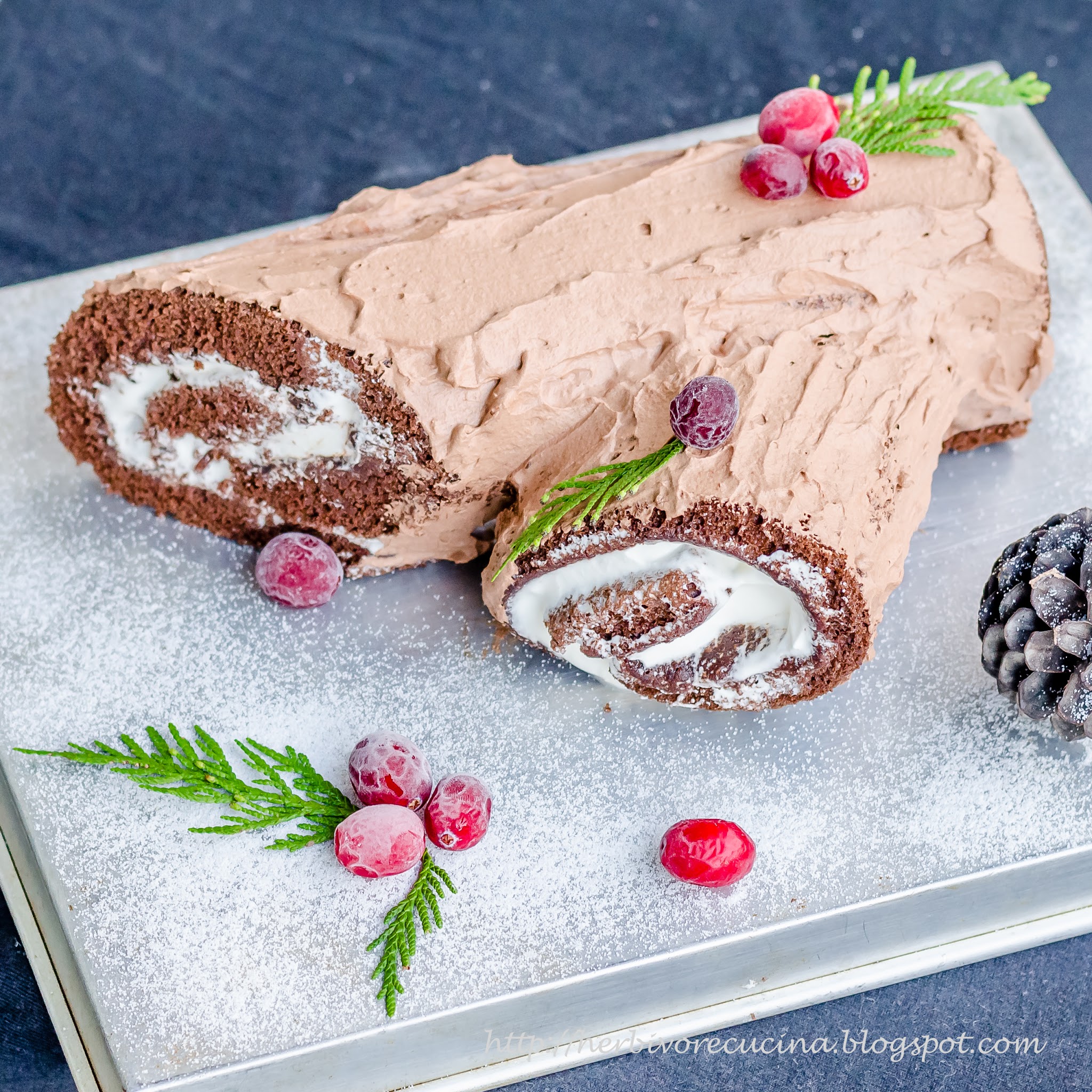 All the ingredients as per the recipe of this chocolate cake 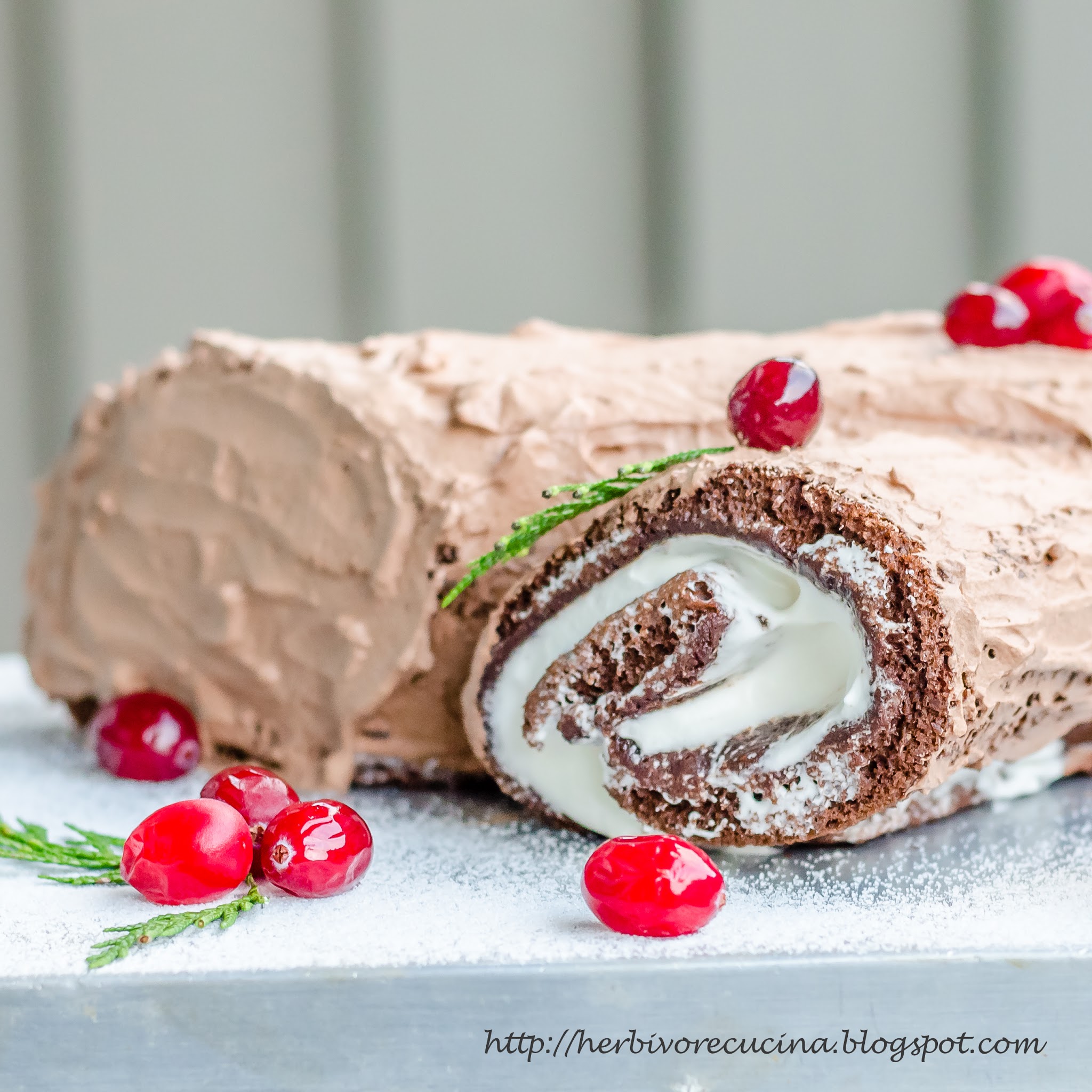 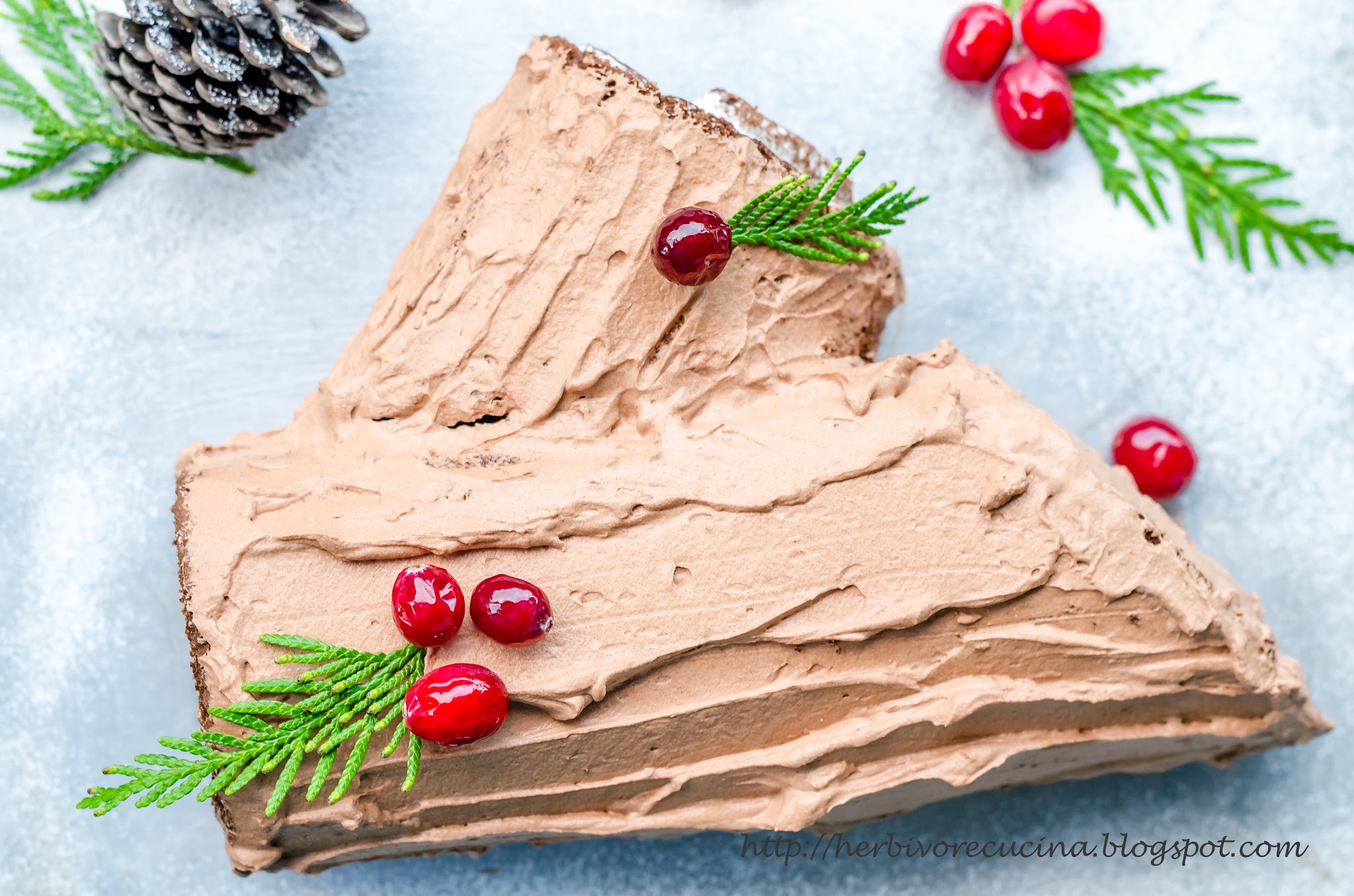 Preheat oven to 350 F/ 200 C. Make the batter for the cake as explained in this recipe. Line a large rectangle cookie tray with parchment paper. Transfer the batter to form a thin layer of about ¼ inch thickness. If the batter is extra, you can bake another small cake out of it. Tap the tray a couple of times on the kitchen counter to remove any air bubbles. Bake the cake for 13-15 minutes, till the toothpick inserted comes out clean. Do not let the sides become crunchy else they will not roll properly.

Remove and cool  the cake for 5 minutes. Now take another sheet of parchment paper, and transfer the cake to it. Gently roll the cake and the paper to get a nice tight roll. Refrigerate with the seam side down for at least 45 minutes.

While the cake is resting, prepare the two icings. I used just Vanilla icing in the layers and chocolate icing on top. If you want, you can use the same icing all over too. To make the icings, take ¼ cup cream, 2 tablespoon sugar, ½ teaspoon vanilla extract and whip till you get soft peaks. Set aside. In another bowl, combine and whip the rest of the ingredients to get hard peaks. 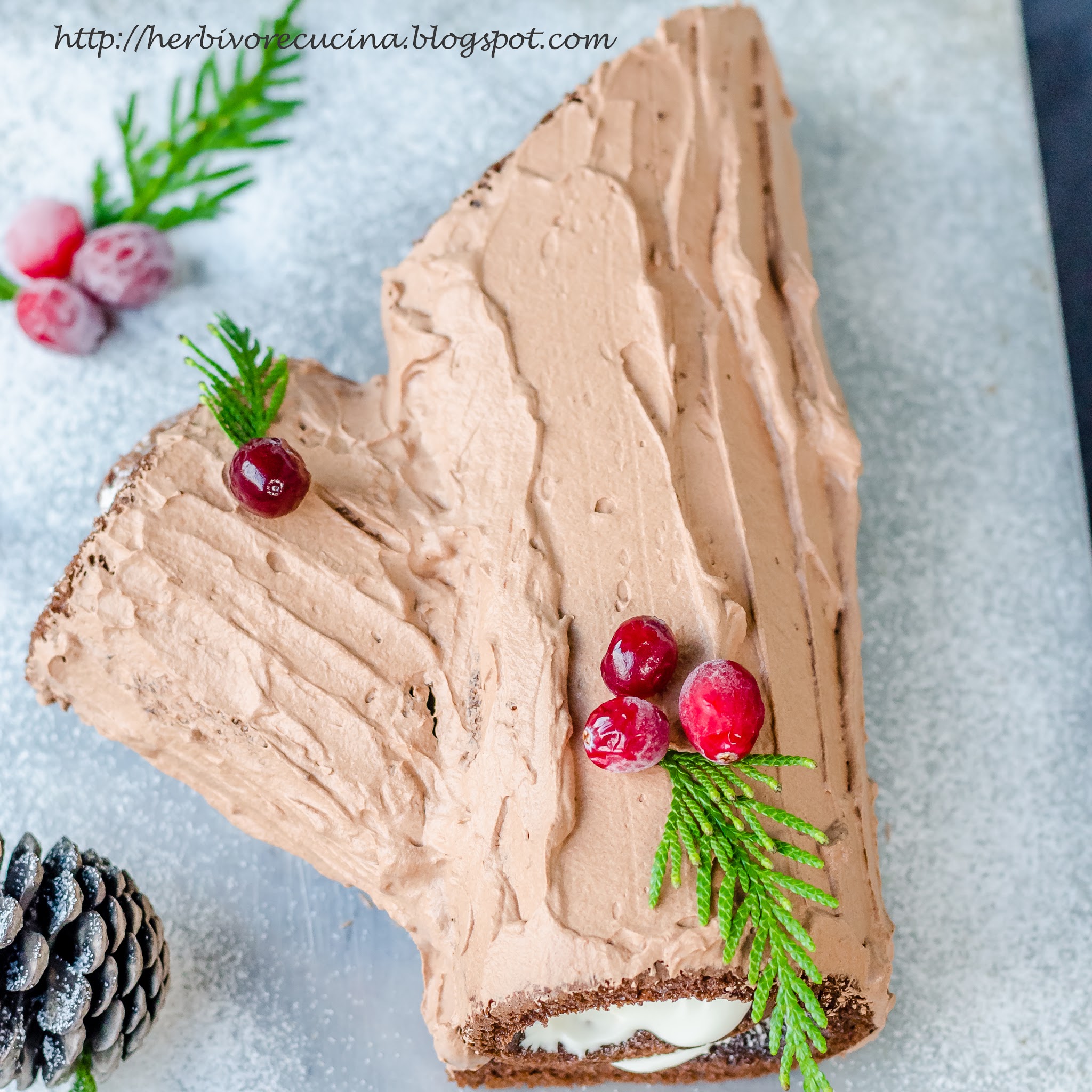 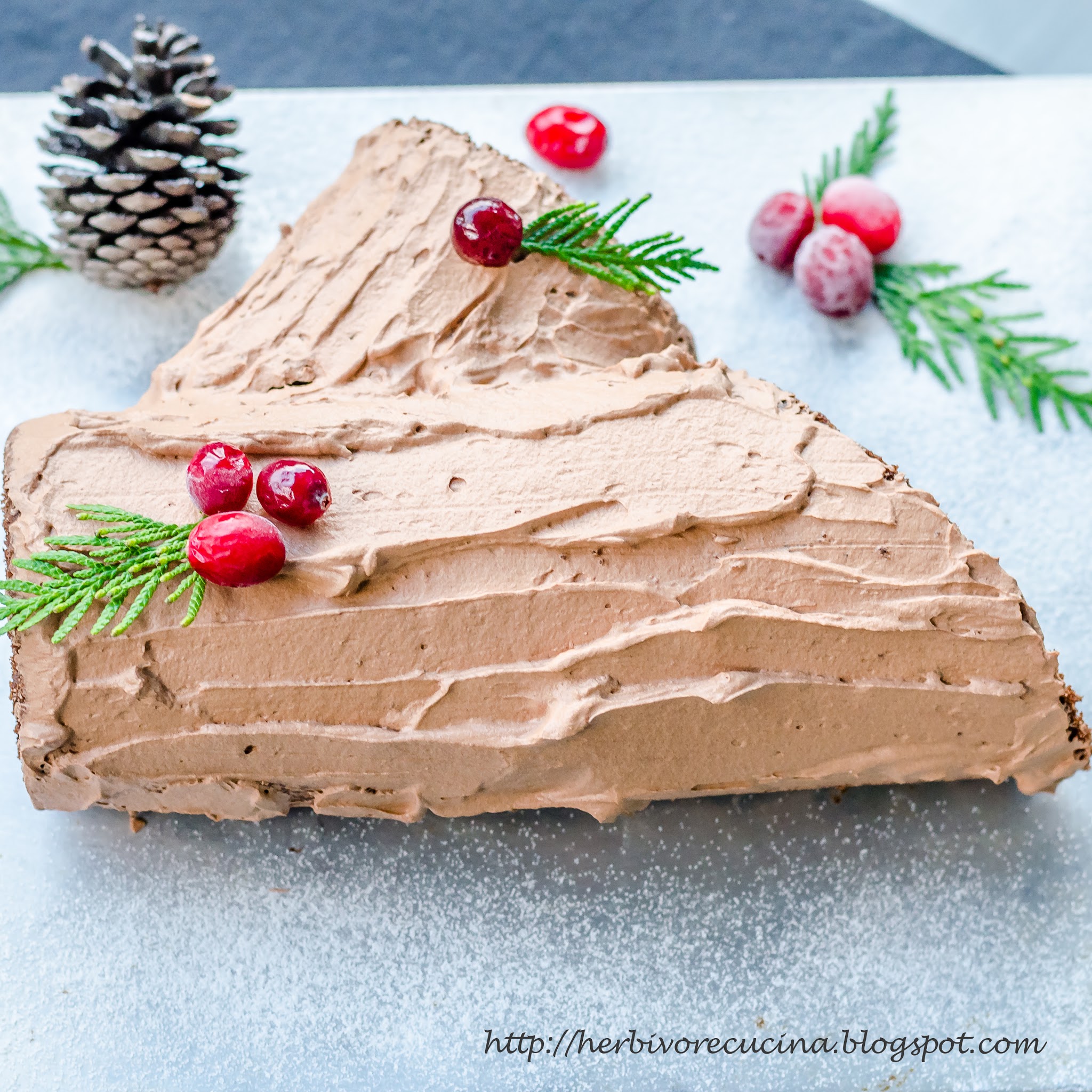 Remove the cake from the refrigerator. Open the roll slowly and remove the parchment paper. Now apply the vanilla frosting on the inside of the roll in an even layer. Roll up the cake again and set it on a platter that you are going to serve on. Cut the log into a small piece and the remaining. Join the small piece on the side as seen in the pictures. Now use the chocolate icing and apply it in layers to get the texture of a tree bark. Finish by decorating with cranberries, leaves and sprinkle some confectioner's sugar on the sides. You may choose to decorate with other things too.

Serve and enjoy the Holidays! 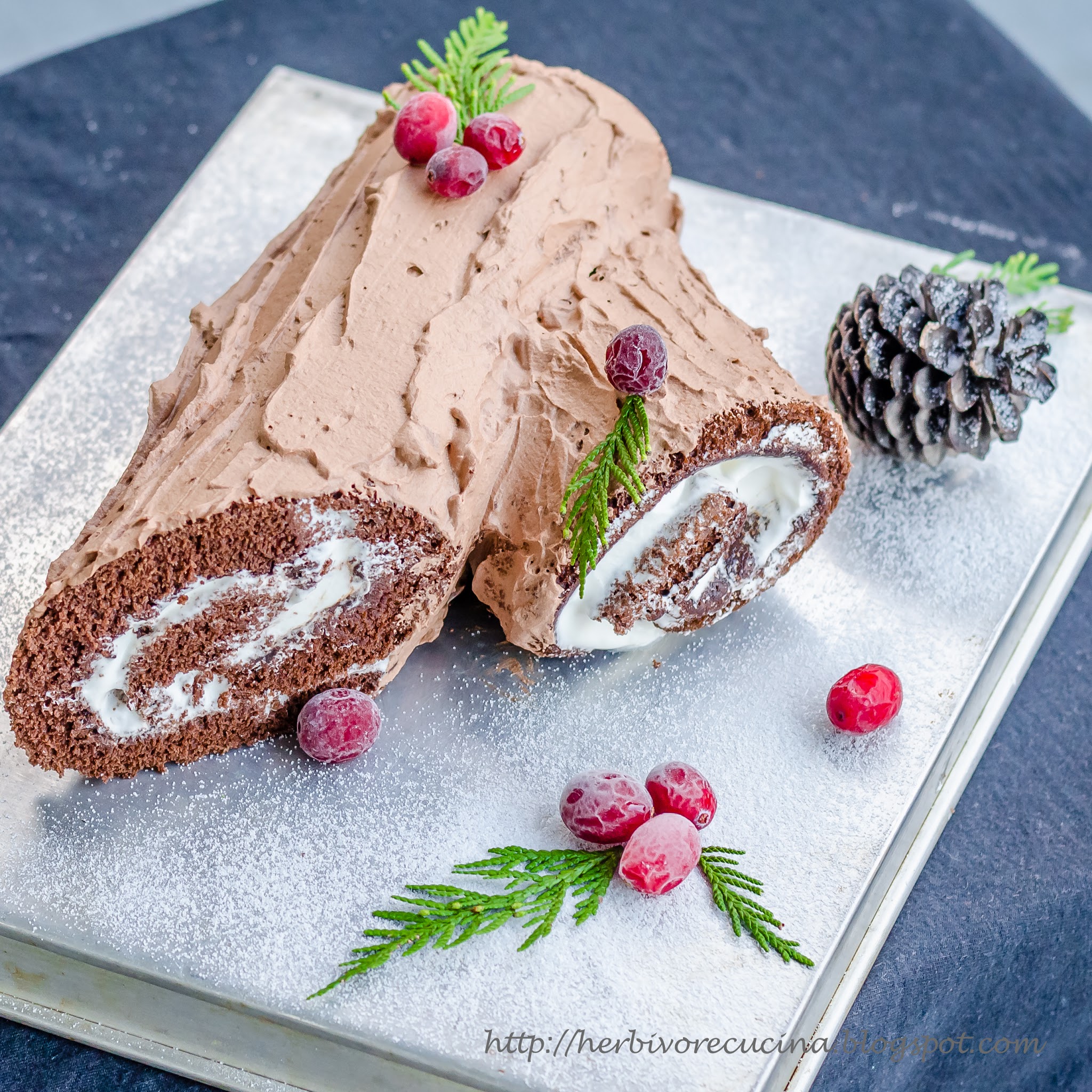 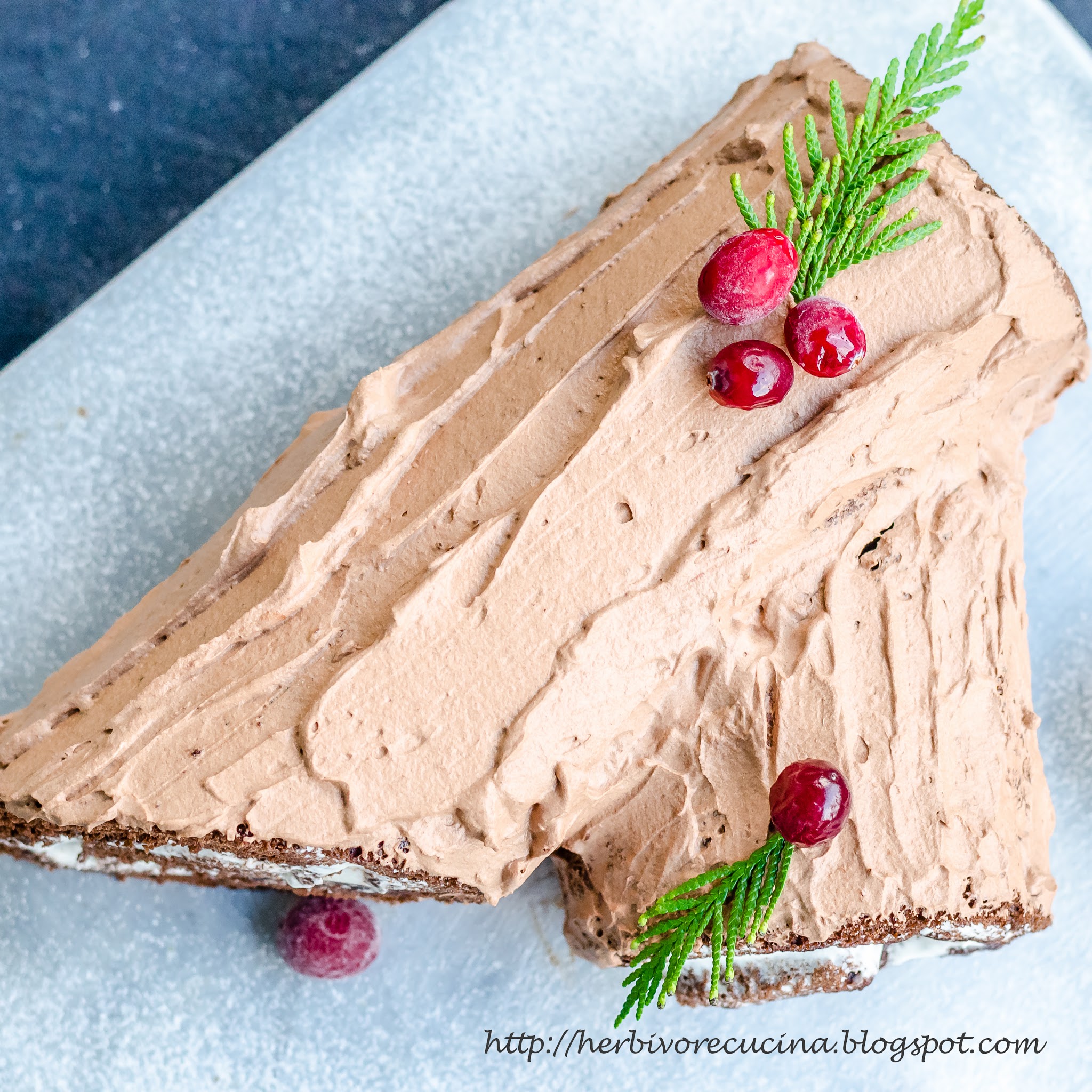