Matki Misal is a quick, easy and ONE POT recipe made in the Instant Pot. Serve it with Pav bread, Farsan and Onions to make a delicious breakfast! 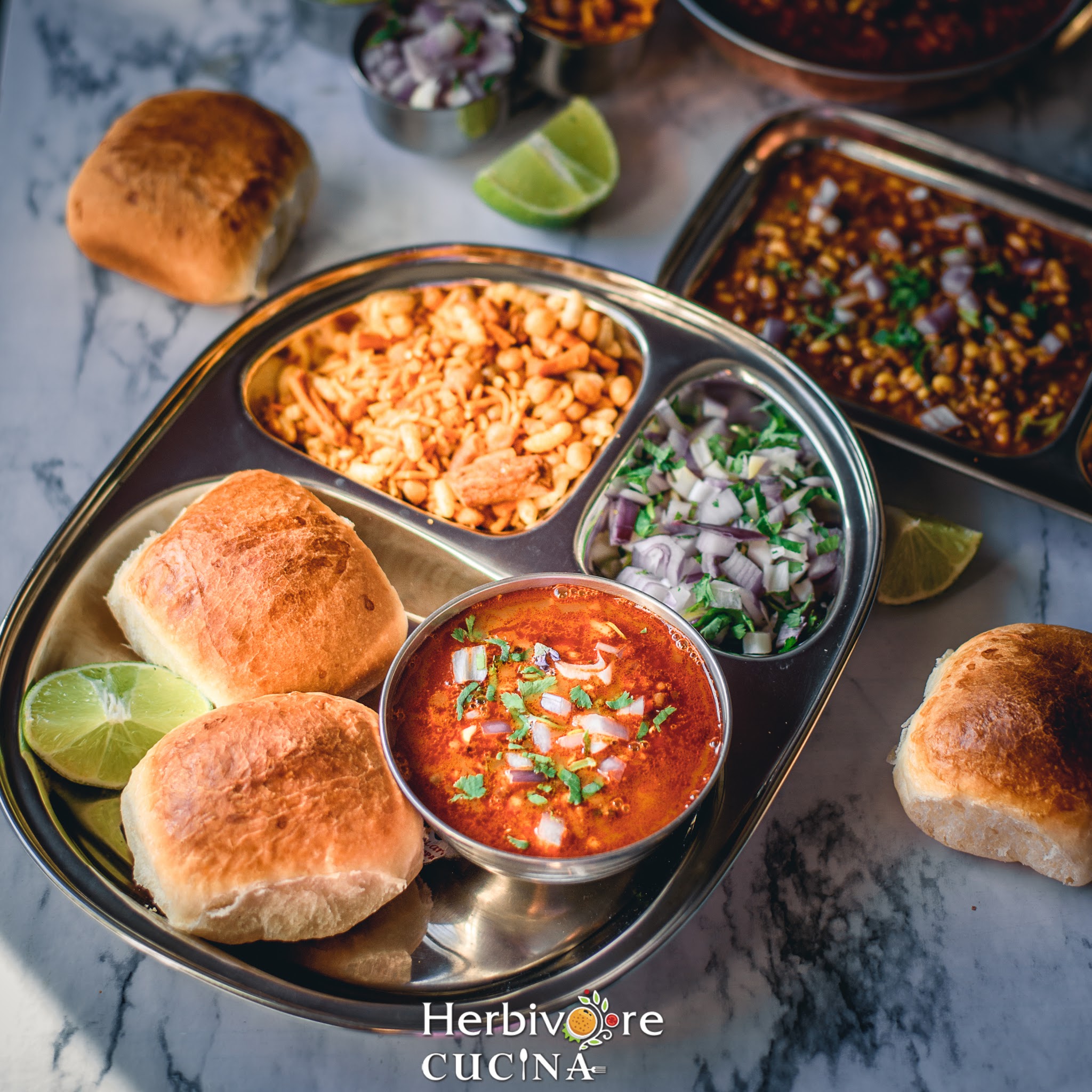 Misal, that spicy breakfast paired with freshly baked pav bread is always super yummy. In many parts of Maharashtra this is a commonly served breakfast. With variations depending on where it is from, this dish is really popular in all it's forms. With variations that include adding papad to yogurt and from a less spicy version to a super spicy, Misal is super yummy for dinner as well.

Most people enjoy it with pav and some have it with slice bread. Though a lot of restaurants and stalls serve misal, the BEST I have ever had is on the highways. They make the tastiest misal and the freshest pav.

Being a fan of Misal I love to make it at home. Sometimes I make a version with mixed pulses and sometimes with just one kind of pulse. the method is more or less similar so I keep switching the pulses used. 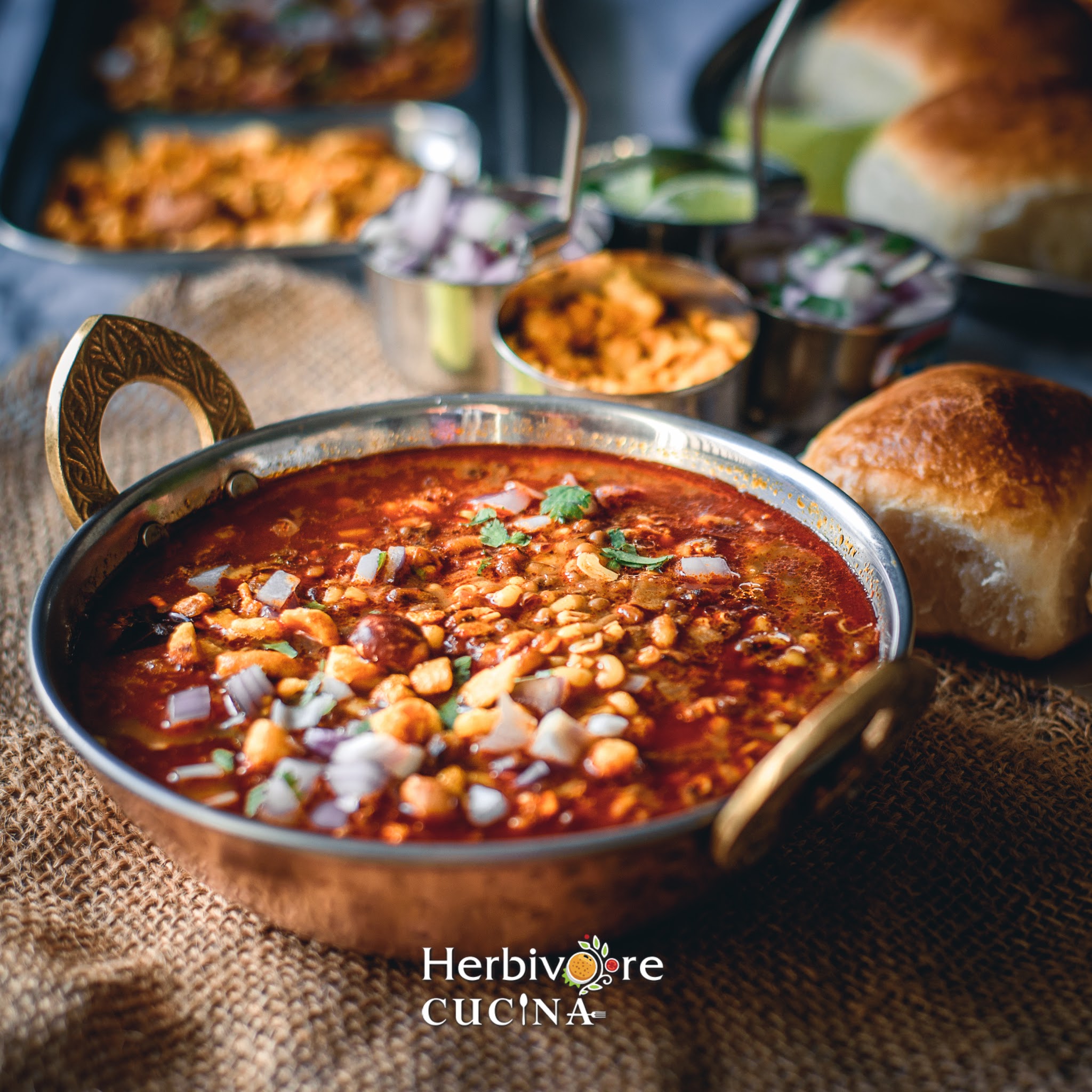 The traditional recipe needs a lot of effort and multiple pans to make it. Not since i started using my Instant Pot! This one pot method to make Misal is now my go-to recipe. And what is better than that? I can make it in under 30 minutes!! No need to boil the pulses separately, it all happens in one go. This makes the pulse absorb maximum flavor from the spices as they cook.

For this recipe I have used Matki. I soaked them overnight and let them sprout for two days. These sprouts were used to make the Misal. However, the same can be made from dried green peas, mixed pulses and dried yellow chana. It is the same method even for pulses that are not sprouted. 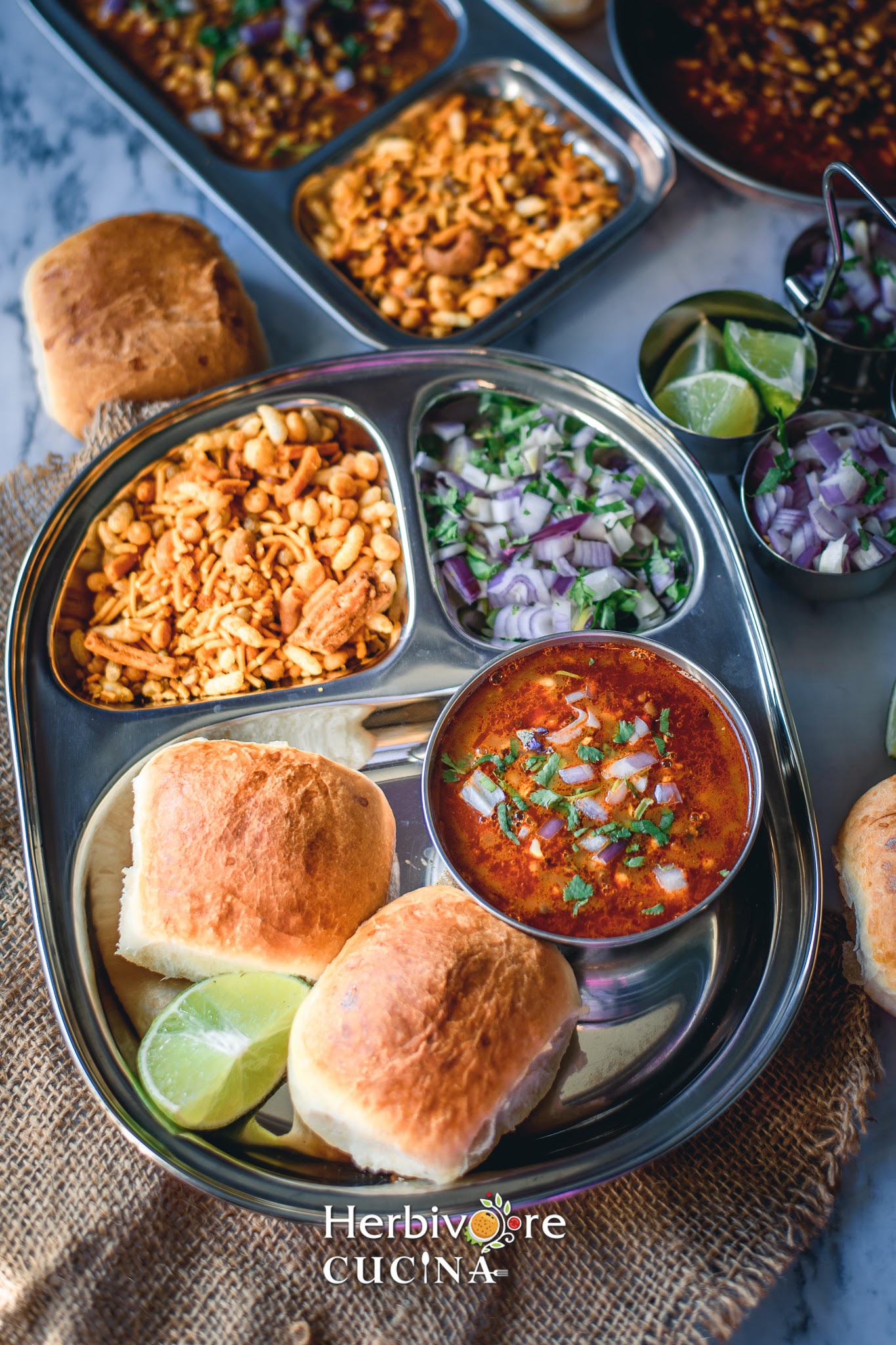 In this recipe I used store bought Usal masala. On my last trip to India I enjoyed some Misal on the highway. They were selling traditional Misal masala too, so I got some packets with me. I love how the Misal comes out so tasty with this masala. If you like a home-made version, you can use that too. Adjust the quantity based on how spicy you want it.

The traditional recipe of Misal combines Usal, Kat and Farsan. To make it simple, Usal is the pulse mixture that is made as the base of the dish. Kat or spicy gravy is added into the Usal and the dish is finally topped with farsan, diced onions, lemon and cilantro. Served with pav or sliced bread, this Misal makes a delicious breakfast. 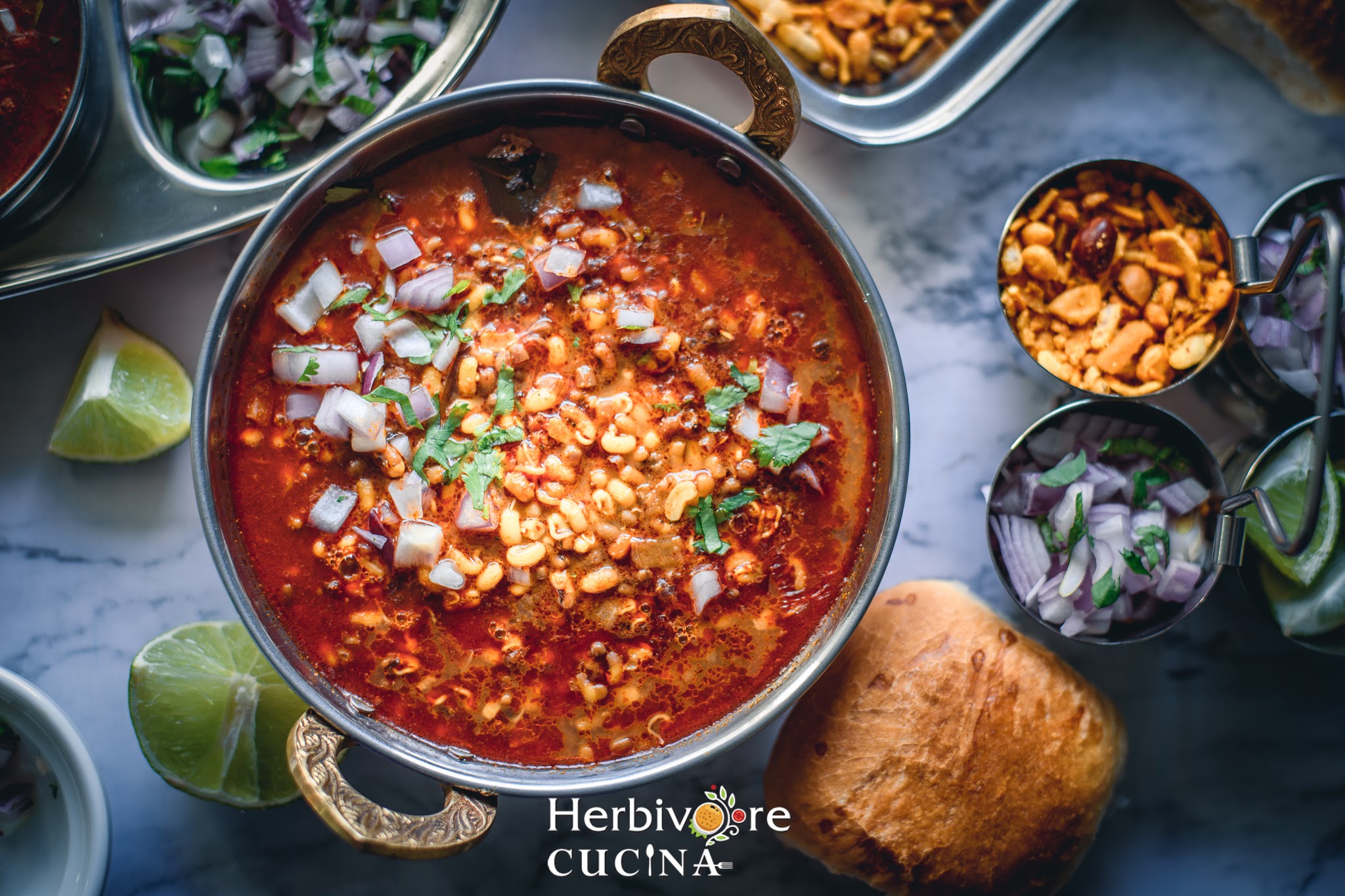 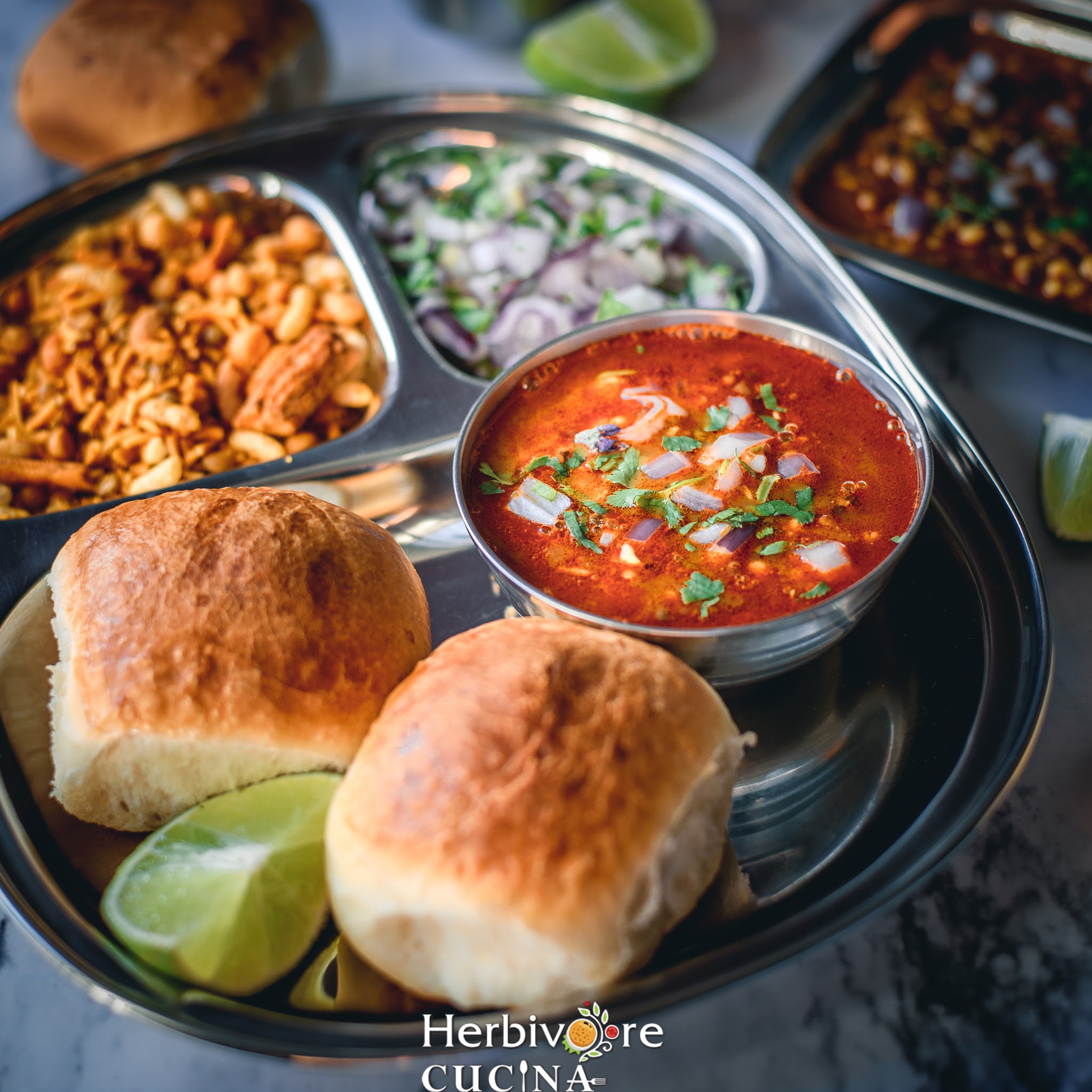 In this Instant version I made the Misal in one pot. That meals Usal and Kat are made together. I added some extra water to the usal before cooking it and it resulted in a perfect dish with the dry ingredients cooked and a spicy kat floating above. We do not have an EXTRA spicy version of Misal and this method worked really well. If you would like to make the kat separate, make that in the Instant Pot by deglazing the pan after making the usal or on the stove top.

If you do not have an Instant Pot, make the same recipe in a Pressure cooker. Cook for 8-10 minutes or 2 whistles to get similar results. I have made it several times in the pressure cooker too. Here is a recipe: Misal Pav.


For this breakfast I made pav from scratch (here is the recipe: Pav Bread). You can buy store bought pav or serve Misal with slice bread. The same curry can be served with parathas too.

The Misal Masala used in the recipe can be made from scratch or can be store bought. Most Indian stores carry different brands of it. Pick a masala of your choice and use it. 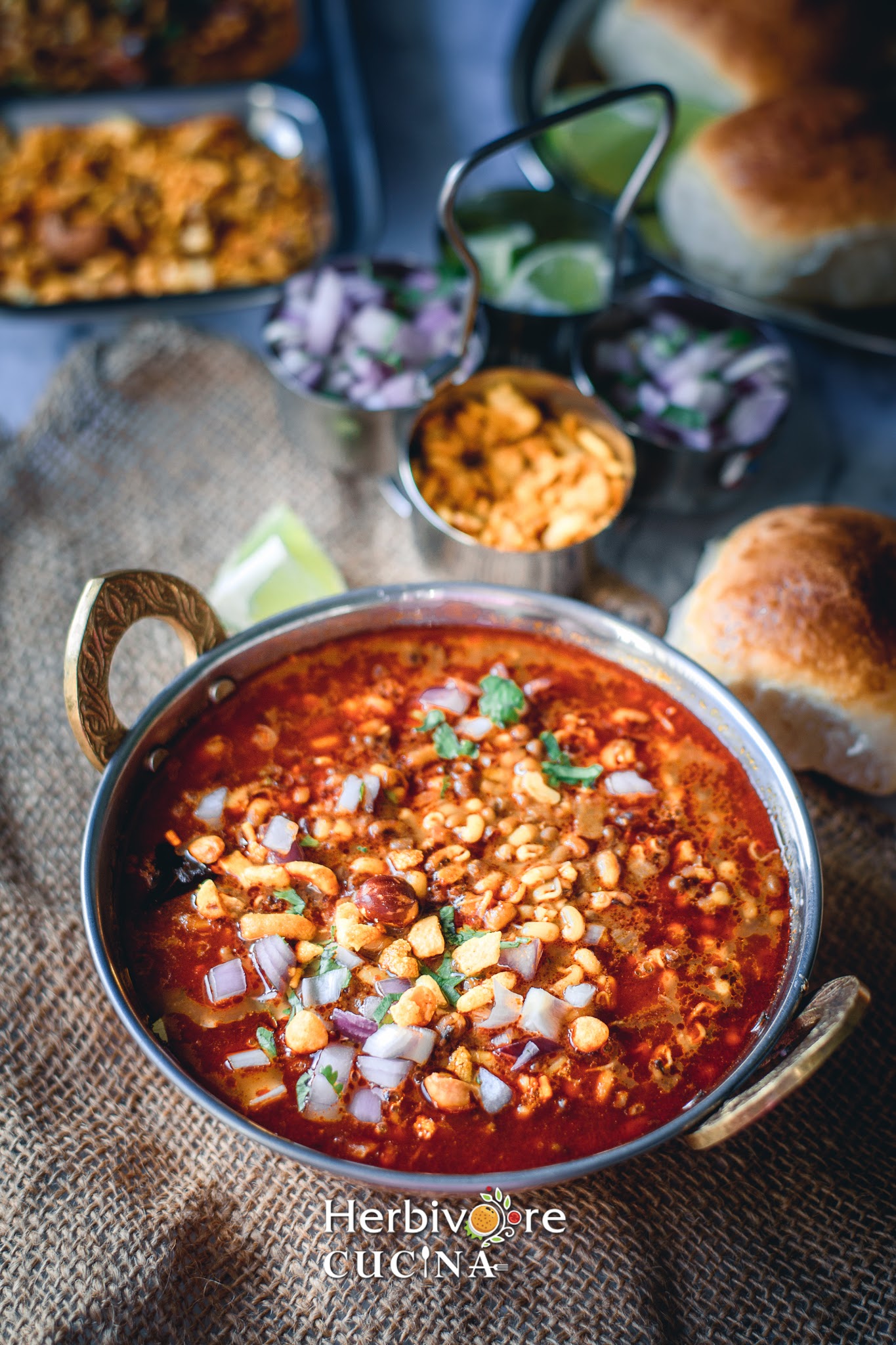 Soak the matki and sprout them as shown here. If you do not have sprouts, just soak them overnight and use.

In the base of the Instant pot add oil. Set the mode to saute and high. Add the mustard seeds and let them pop. Once popped, add cloves, cinnamon, curry leaves and ginger garlic paste. Saute till the raw flavor vanishes.

Add in onions and goda masala. Mix well and cook for 2-3 minutes. Add in tomatoes, red chilli powder and turmeric powder. Saute till the tomatoes are mushy. Add matki sprouts and salt. Saute for a minute and add 3 cups water.

Press cancel and then press pressure cook. Set pressure to high and set timer to 3 minutes. Close the lid, set to sealing and let the misal cook. Once the timer completes, wait for 5 minutes and release pressure manually. 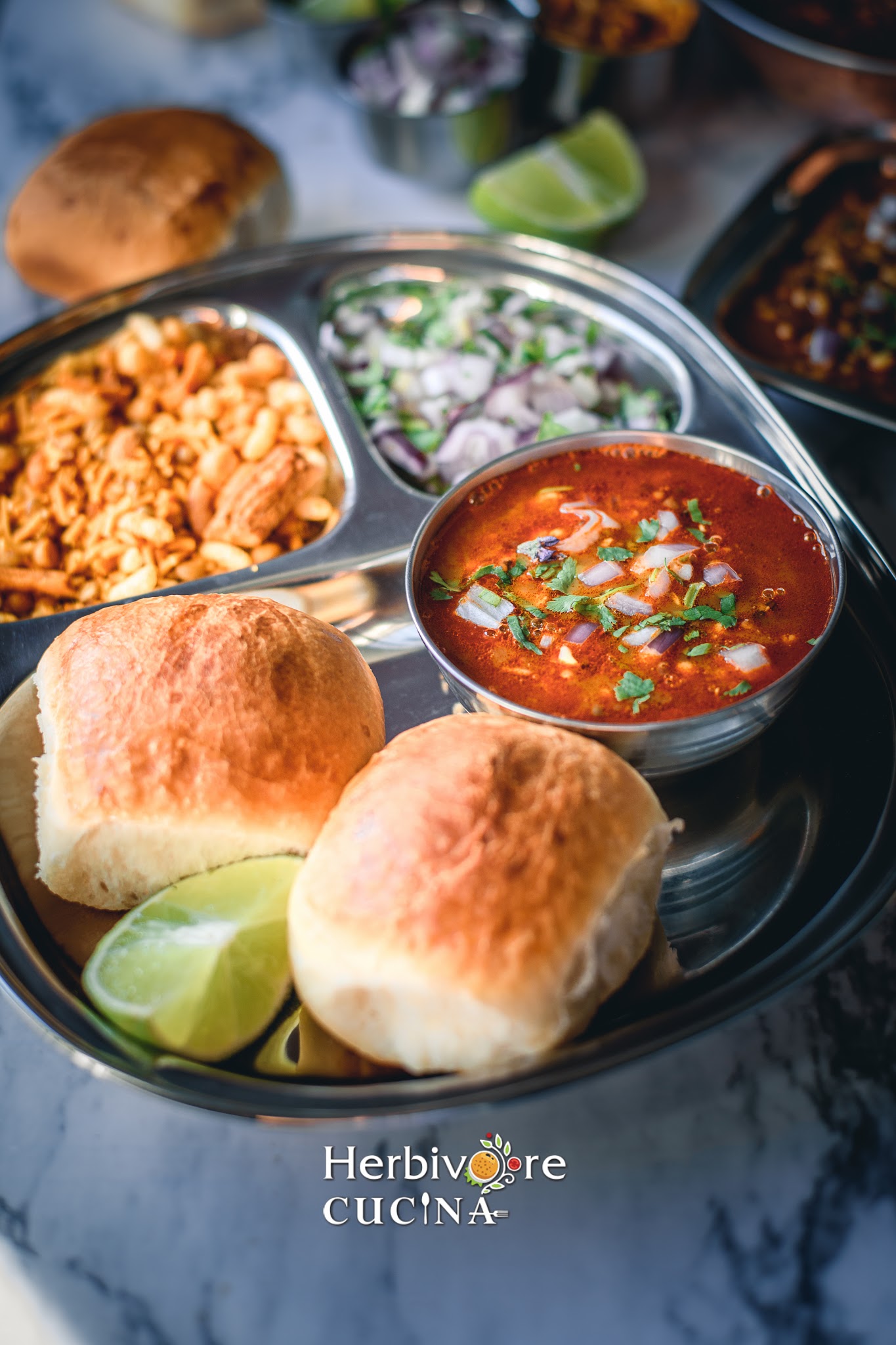 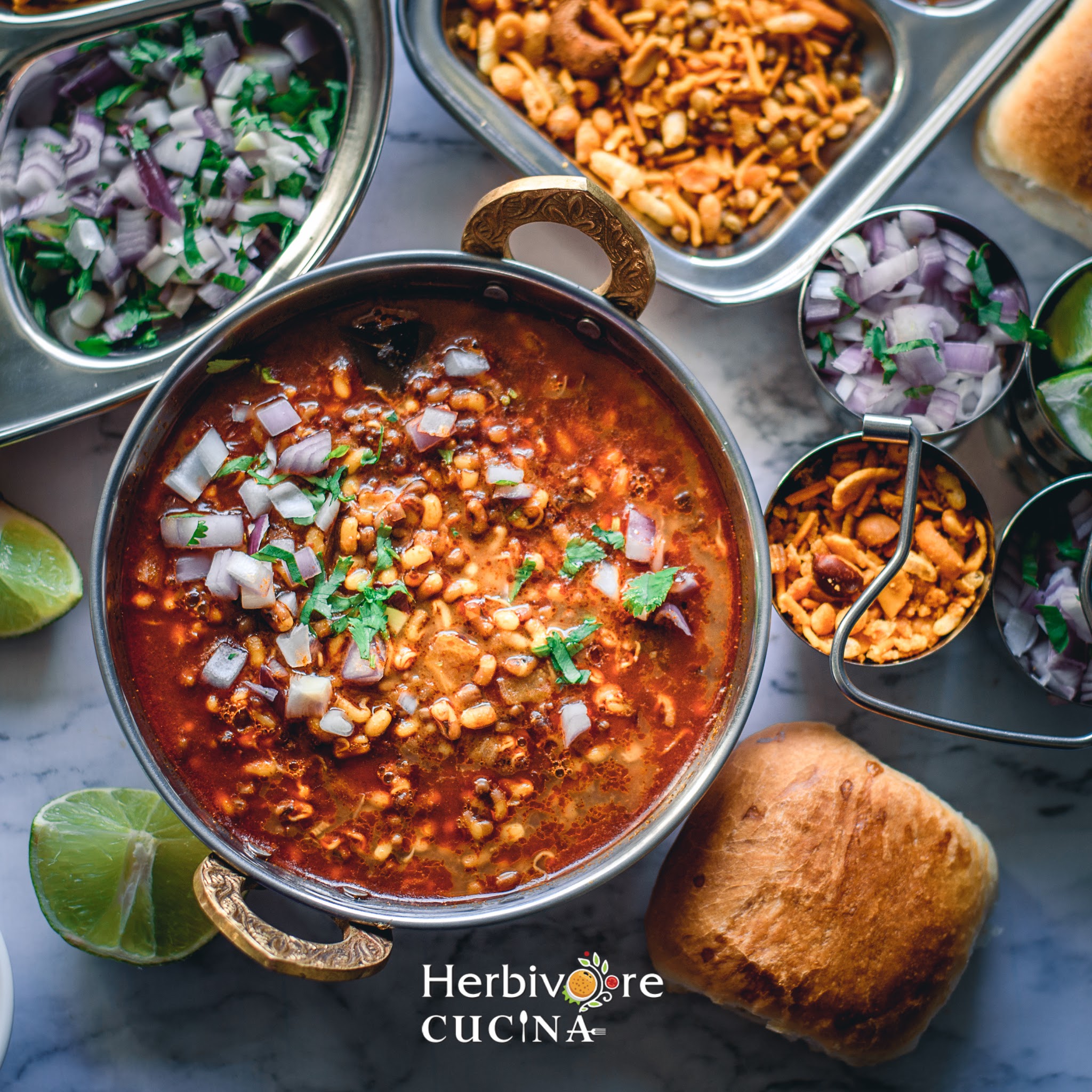